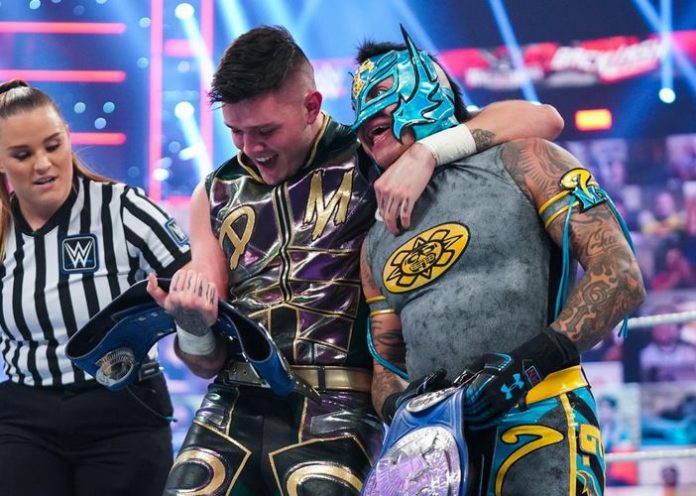 The Mysterios are reportedly set to feud on the WWE RAW brand soon. WWE reportedly has plans for Rey Mysterio and Dominik Mysterio to split up, according to Andrew Zarian of Mat Men. This will reportedly lead to a father vs. son feud.

There’s no word on when WWE will move forward with the split, but the tension between Rey and Dominik has picked up in recent weeks.

The Mysterios have feuded with fellow red brand newcomer Austin Theory since the WWE Draft, with Theory defeating Dominik on October 25 and Rey on November 1. Dominik also lost to Bobby Lashley this past Monday night and an injury angle was done where Dominik suffered a neck strain.