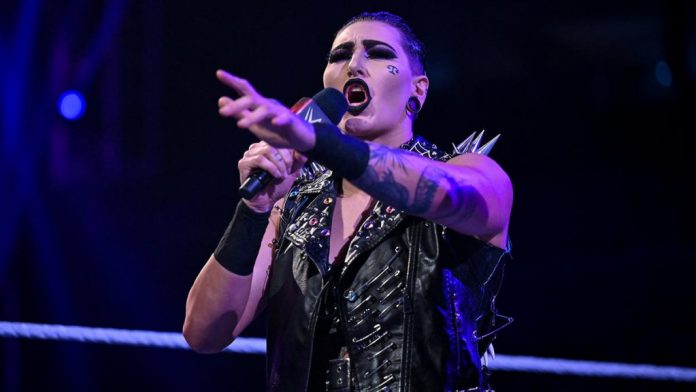 As PWMania.com previously reported, Bianca Belair announced on WWE RAW that Rhea Ripley will be unable to compete in the Money in the Bank PLE on July 2nd due to medical reasons.

Ripley posted a photo on Instagram of herself flexing and wrote, “See you soon ⚖️.” A fan commented on the photo and wrote, “You don’t look injured like someone said 👀👀.” Ripley responded with the following:

“Brain/ teeth. Can’t see a brain injury. Stop being incompetent and reaching at nothing.”

It’s believed that Ripley sustained her injuries on June 6, 2022, on RAW when she took a DDT from Alexa Bliss and then slammed her own knee into her face.

Went back and found the clip of @RheaRipley_WWE eating her own knee. 💀 pic.twitter.com/J8OhGCpErx