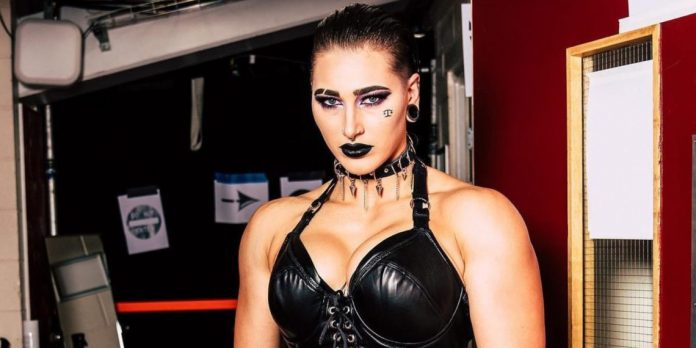 After recovering from recent “brain and teeth” injuries, WWE RAW Superstar Rhea Ripley is optimistic about the future.

Ripley’s injuries were revealed back in the summer during the June 6 Fatal 4 Way on RAW, which also featured Alexa Bliss, Doudrop, and Liv Morgan. Ripley has only worked two TV matches since her return to the ring in mid-October: a win over Roxanne Perez on the October 18 WWE NXT show, and this week’s RAW main event win over Asuka to earn her team the Women’s War Games numbers advantage. Since being cleared, she’s also worked a half-dozen non-televised live event matches.

Ripley recently spoke with The New York Post’s Joseph Staszewski to promote War Games at WWE Survivor Series, and was asked if her recent lack of TV matches is due to her injuries, or if there’s simply no one in the storylines for her to work with right now.

“A lot of it was the injury. I hadn’t been cleared for the longest time,” Ripley responded. “I think I got cleared properly and fully the week before my NXT match [on October 18]. Apart from that, I pretty much wasn’t cleared that whole time [four months]. After that there pretty much hasn’t been an opportunity for me to wrestle because I have been there with The Judgement Day and sort of their muscle. I help them out if they need me. I’m ‘the problem’ as The O.C. would say.”

“I feel like my wrestling career is just starting up again,” she said.

Ripley also talked about her rivalry with Bianca Belair:

“Bianca and I, it’s something that shouldn’t be rushed and we don’t want to rush it. Where that sort of felt like it’s gonna happen and that would be the end of it. We want our names to be etched in history. We want to leave our legacy where we can be in the ring together and make magic. Bianca and I are perfect rivals pretty much. We’ve talked about it in NXT before. We’ve talked about it here at Raw before. We pretty much want to be the next Stone Cold and The Rock. We want to have the storylines. We want to go out there and we want to steal the show.”