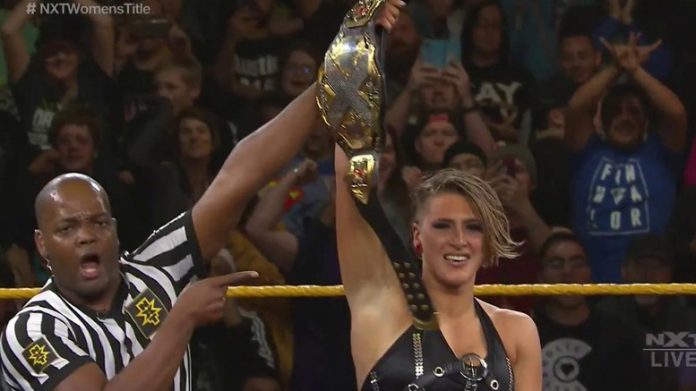 Flair came out to the ring on RAW to announce her opponent for WrestleMania 36. She mentioned how she’s already defeated RAW Women’s Champion Becky Lynch and SmackDown Women’s Champion Bayley, and has already held both of those titles multiple times, but she still wants all the gold. That’s when the music interrupted and Ripley made her way out to a big pop from the crowd. Ripley taunted Flair and said she should use her Rumble title shot to challenge for the NXT Women’s Title on The Grandest Stage of Them All.

Flair did not respond to Ripley, but she did face off with her in the middle of the ring. Flair then made her exit and stopped on the stage to yell “Wooo!” back at Ripley. There’s no word yet on when Flair will accept the challenge.