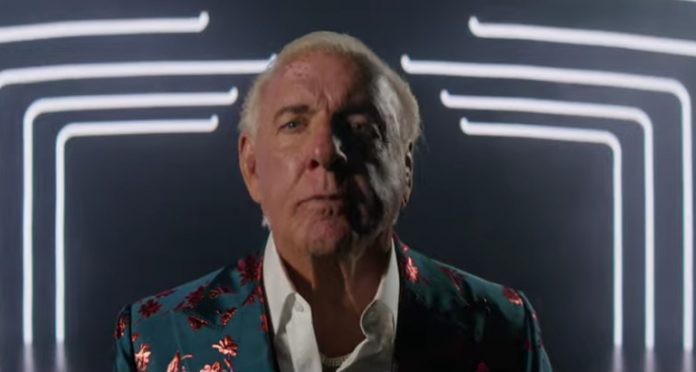 “It started out with me and Hunter talking for about an hour, which is a private discussion, but resolving a lot of issues that have been lingering for a couple years, and then I apologized to Becky Lynch. I walked up to her and said, ‘May I speak with you for a minute’, and I said, ‘I’m sorry that this got to where it is.’ I went over and shook Seth Rollins hand and I said, ‘I’m going to apologize to your wife.’”

“I’ve just decided that, you know, it all comes with the documentary. Sometimes you get so wrapped up in things that you just forget, and you say it so many times for so many years. Actually, the whole ‘The Man’ trademark was decided by someone besides she and I. It’s not that as much as the money that was involved in it which the company reaps the better part of it anyway. Then I saw them with their child and I thought, ‘My God, this is going to be Ashley someday.’ It’s not worth it. I am not The Man anymore. The Man is who the people think it is, and basically we’ve turned it over to social media to decide who The Man is.”

His talk with Triple H:

“I mean, we both kind of went through the same thing. I didn’t realize to what extent he’s gone through and I didn’t realize and to what extent he’s been through. I do now. I’m not gonna share, obviously. He was in a bad place just like I was. When you get there and you realize as only you can if you’ve been there, which hopefully nobody has to go through any time soon, that there’s so much more to it and it’s time to just look each other in the eye and talk about the issues, put them behind you, and hope that we get to each other tomorrow. He was like me and it took him a long time to get over it.”

“I did not see him and I didn’t ask. I didn’t bring up his name. I did with Taker, we talked about Vince. I don’t know any more after going to the show about Vince than I did going in.”