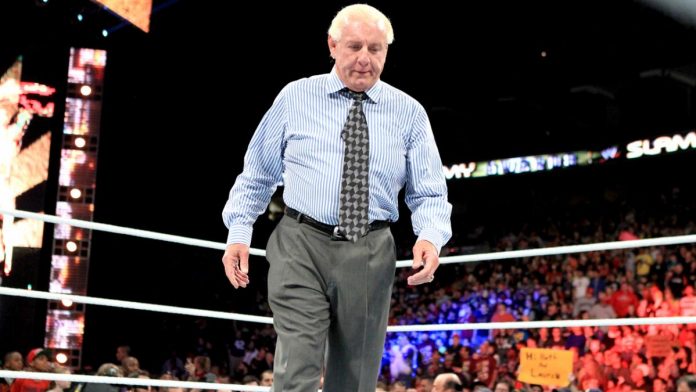 Ric Flair, who got out of his WWE deal after a disagreement with Vince McMahon, appeared at NWA 73 in St. Louis on Saturday night.

The WWE Hall of Famer said that as long as he is alive he will never let people forget about the NWA. He brought up Triple H, Steve Austin, The Undertaker, and Shawn Michaels picking him up all those times.

Flair stated he knows McMahon isn’t watching but will hear about it and knows he’s where he belongs. He said the NWA Title is hanging in Triple H’s office.

He also thanked Billy Corgan for calling him and while he would like to get a title shot from NWA World Heavyweight Champion Nick Aldis, Corgan said he could only talk.

Ric Flair pulled up to @nwa and gave an electric promo 🙌pic.twitter.com/RO37L7gMEt