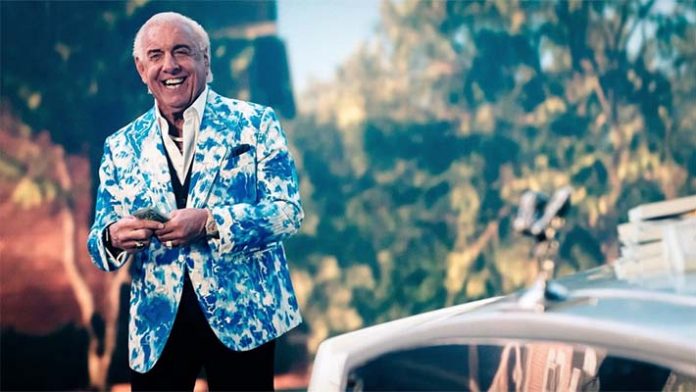 WWE Hall of Famer Ric Flair has been reinstated in the WWE programming signature opening video.

During the fallout from ViceTV’s Dark Side of the Ring episode on the infamous “Plane Ride from Hell” last year, Flair was removed from the open. He was re-added to the opening video on Monday’s RAW episode.

After Monday night’s RAW kicked off, The Nature Boy thanked WWE Chairman & CEO Vince McMahon on Twitter for saving his life and giving him back his dignity.

“The Most Hurtful Moment In My ENTIRE Career Was Losing My Spot. Thank You So Much For Giving Me Back My Dignity & My Life! @WWE @VinceMcMahon #WWERaw,” Flair wrote.

The Most Hurtful Moment In My ENTIRE Career Was Losing My Spot. Thank You So Much For Giving Me Back My Dignity & My Life! @WWE @VinceMcMahon #WWERaw

On June 1, we mentioned that Flair, WWE, and FOX Sports reporter Tom Rinaldi were working together to produce “an unprecedented 2 hour documentary,” which will be released at a later date. “Never-before-revealed history” concerning Flair will be featured in the documentary.

After being given his release on August 3 of last year, Flair was re-added to the WWE intro and the new documentary that was announced in June. In May 2020, Flair had just signed a deal with WWE, and it now appears that the two sides’ professional ties have been partially healed.