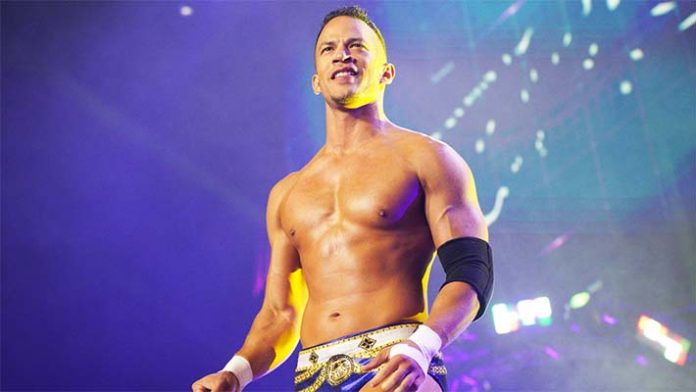 Ricky Starks… what a talent to have on your roster. He did lose to Hook last week at Fight for the Fallen, but I guarantee you that it was for the best. And after the promo he cut, plus the cheap shot from Will Hobbs, he is set up for a huge push.

We knew Starks would be heading towards the top of the roster ever since the moment he entered AEW and challenged Cody Rhodes for the TNT Title. And on a side note, if he’s not heading towards the top, then someone, somewhere, seriously lacks vision. I understand using veteran wrestlers to propel the business forward more rapidly. But when you know you have a star, not even in the making, he’s a star right now, you should probably use him.

Before signing with AEW after his match with Cody, (Obviously, Tony Khan saw how good Ricky is) he wrestled for several other promotions and had several appearances and matches for WWE as an enhancement talent. An enhancement talent is someone who usually loses to a more popular wrestler or they act as someone who works backstage or as a law enforcement officer, etc. In short, they add to the storyline of already made wrestlers.

I think his debut match with Cody Rhodes is worth noting. I remember watching it when it aired and thinking to myself, this guy has it. I also want to mention Cody Rhodes. He has helped so many wrestlers, including Ricky Starks, get tv time and has helped to give them an opportunity on the main stage.

Shortly after signing with AEW Ricky teamed up with Brian Cage. At the time they were managed by Taz. Will Hobbs would eventually join the team as well, making it a trio. On July 14, 2021, Ricky won the FTR Championship by defeating Brian Cage at Fyter Fest.

Not long after, Stark’s hurt his neck in a match where he landed directly on his head. He was not cleared to wrestle for some time after. But he made the best of it and stayed relevant. He cut some in-ring promos and joined the commentator team, which he is also good at!

So why not see what Ricky can do? We already know that he is capable of hanging out at the top. So why not give him a chance to be on the upper card? I definitely think he has proven that he will rise to the occasion.