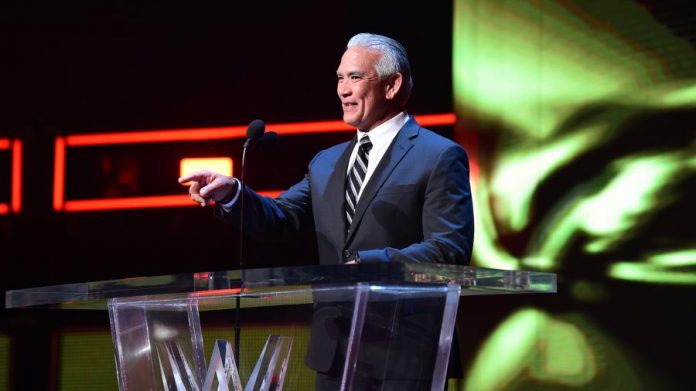 Back in 1994 while working for WCW, Ricky Steamboat met a young up and comer that went by the name of Jean-Paul Levesque. Steamboat knew that Levesque had star potential after the match was over. Jean-Paul Levesque, of course, joined the WWE in 1995 as Hunter Hearst Helmsley then eventually became Triple H and the rest in history.

Ricky Steamboat recently joined Wrestling Inc. Senior News Editor Nick Hausman for an interview and recalled working with Triple H in 1994 while they both worked at WCW.

“It was just one of those enhancement matches and wasn’t a main event thing – it was a TV enhancement,” he said. “But I do remember that as a young kid, he’s one of those guys that had it, that got it. Light bulbs clicked on.”

Their WCW match happened on September 3rd 1994 during an episode of WCW Saturday Night while Steamboat was the US Champion.