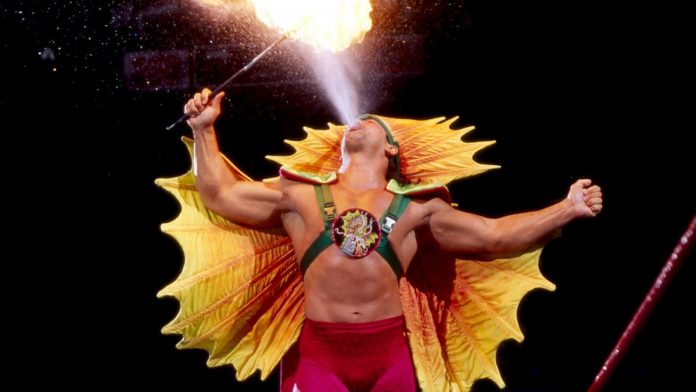 Ricky “The Dragon” Steamboat will return to the ring at a Big Time Wrestling event on November 27 at Raleigh’s Dorton Arena.

Steamboat will be teaming up with FTR vs. Jay Lethal, Brock Anderson, and a mystery partner that Arn Anderson will manage.

The Briscoes vs. The Rock ‘n’ Roll Express has also been announced for the show. Tickets begin at $39.99. Click here for more information.

Steamboat turned down to compete in Ric Flair’s final match at Starrcast V in July. Flair teamed with son-in-law Andrade against Jeff Jarrett and Lethal.

Steamboat had previously retired due to a back injury in 1994. Steamboat wrestled for the first time in 15 years at WrestleMania 25 in 2009, teaming with Roddy Piper and Jimmy Snuka in a three-on-one handicap elimination match against Chris Jericho. Towards the end of that month, a singles match between Steamboat and Jericho was booked for the Backlash pay-per-view.

Steamboat last wrestled in a tag team match at an independent show in 2010 with his son, Richie Steamboat, against The Dudebusters’ Caylin Croft and Trent Barreta, although his last singles match was against Drew McIntyre in 2009 at a WWE house show.