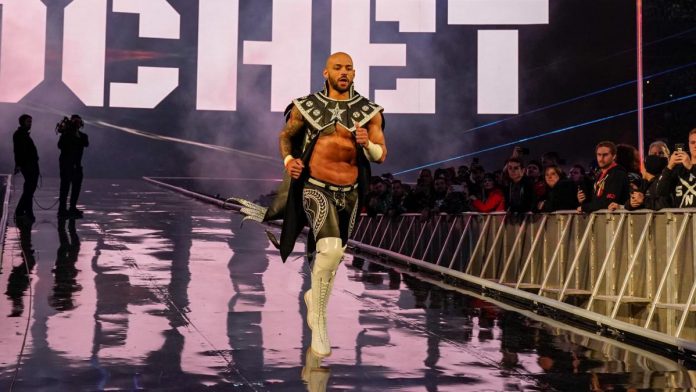 During an appearance on Lilian Garcia’s podcast, Ricochet talked about how he met his girlfriend and fellow WWE/NXT star Kacy Catanzaro:

“We actually came in the exact same class and started the same day. She was always so nice and kind, and helpful to everybody in any way that she could be, and that was something that I had always admired about her. On top of that, as far as the physical part of the wrestling, she got that part so quick and is just so fun to see in the ring. I feel like, not only me, but everyone is drawn to her because she has this personality that you can’t ignore. It’s awesome.”

“We have been together going on a couple of months, about four months. Funny story, when I was telling my brother and his girlfriend that I was dating Kacy, and that she was thinking about coming down for Christmas-time she was going to come down for a couple of days, he was getting really happy and excited and getting all giddy. And I’m like, man, why are you getting all giddy for? He goes, ‘I never met anyone famous before.’ I go, what do you mean? My family, even before me and her knew each other they watched America Ninja Warrior for years now so they knew all about her and were really excited to meet her.”

Listen to “Ricochet – Going After Your Dreams Even If At First You Can’t Believe They Will Happen” on Spreaker.