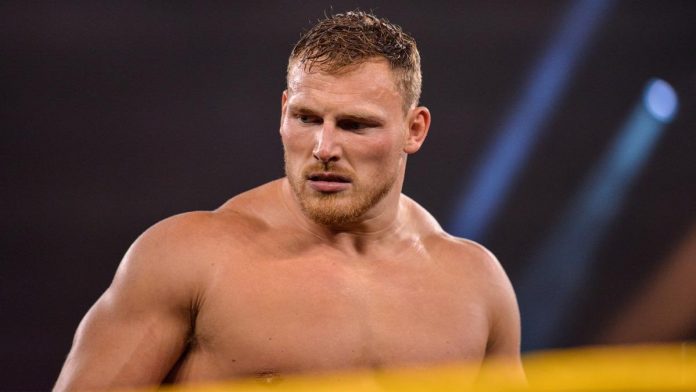 WWE SmackDown Superstar Ridge Holland says he feels good after recently undergoing surgery to repair a broken nose. We noted before how Holland suffered a broken nose during the WWE Day 1 Kickoff pre-show match, which saw he and Sheamus defeat Cesaro and Ricochet. The injury occurred while Holland was being double-teamed, and he was removed from the match. Sheamus finished the bout by himself and picked up the win.

In an update, Holland recently appeared on El Brunch de WWE and provided an injury update.

“I feel good, I feel good. I took a bit of a knock thanks to Ricochet but, the surgery was very good, the nose is fixed. I’m just waiting for it to heal fully now so, we’re good. We’re good,” Holland said.

Holland also said he could end up wearing a protective mask when he returns, like Sheamus did back in the fall of 2021.

“Yeah, the option’s out [to use a mask]. I think I’ll need some protection when I first get in the ring so, I might have to, you know, borrow something off him [Sheamus], you know?,” he said.