Fight Network UK today announces that Ring Of Honor (ROH) Wrestling is returning to the channel.

ROH will air every Wednesday night at 11pm, from Wednesday May 6. It will follow IMPACT! Wrestling, which broadcasts from 9-11pm, as part of a special block bringing British and Irish fans the very best in international action.

Fight Network UK is available on Sky Channel 192 from 9pm each Wednesday to Sunday evening.

ROH is one of the world’s most popular wrestling groups and includes stars such as Bully Ray, Flip Gordon, Jeff Cobb, Jay Lethal, the Briscoe Brothers, Velvet Sky and ROH World Champion Rush.

British and Irish fans will also recognise a number of ROH wrestlers from these shores, including Marty Scurll, Joe Hendry, Mark Haskins and Session Moth Martina. 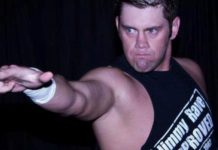