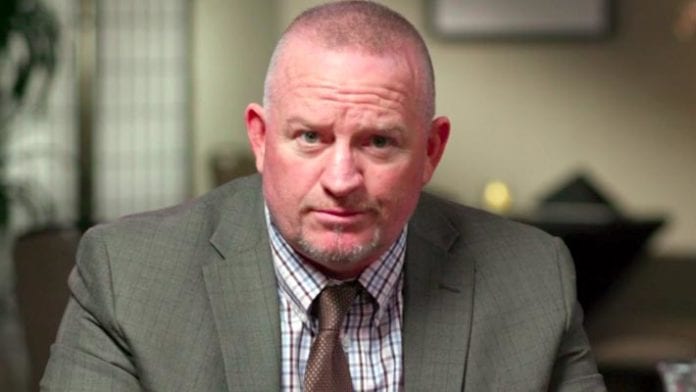 On the most recent “Oh You Didn’t Know” podcast on AdFreeShows.com, WWE Hall Of Famer Road Dogg discussed his recent comments claiming that he is a better sports entertainer than Bret Hart.

“I actually did an interview with a gentleman you know, Bill Apter, who called me last week. I was actually in the office in Stanford. He called me and so we spoke a little bit. He said, ‘I want to do a piece about what you said and do you think you misspoke?’ I said, ‘Yeah, look, maybe in retrospect, I could have changed some of the language, but the message would still stay the same.’ That’s what I was talking about when I removed the word sports.”

“This is how I framed the argument. If me and Bret had to go out tomorrow night in whatever building we were in, and we had 10 minutes to do something to entertain them, Bret would have to wrestle for those. If I had it, I could do a couple more things, is all I’m saying.”

“I’m still taking the piss a little bit and just having fun with this. Can I be honest with you about something? I have been thinking about this a lot. I wanted to say it for two weeks, actually, but we haven’t recorded. So I leaned into the Bret thing a little more than normal to get a bite, to get a nibble. Holy crap, I got my boat so full of fish, I had to go to shore. So I was just looking for some steam, just looking for a little gravel, a little something to sink my teeth into. Man did that happen.”

“Then I got to a point where I felt really bad inside my own head and heart and I had to do this conversation in my head like, ‘Okay, you did that, but you did it for ratings, and is it really how you feel? How far did you go? Where was your real line at? You know what I mean? I kind of still feel the same way, but I leaned into it stronger than I should have by design and it made me uncomfortable, to be quite honest with you. It made me uncomfortable for two or three weeks now. I don’t like the heat. I’ll say that. I got it. Believe me, I got it and I felt it, and when I felt it, I didn’t like it. You know what I mean? It was an experiment to see like, so it was an exaggeration to see like, Okay, and so it was an exaggeration of my true feelings, but not too much. You know what I mean? I may have leaned on the fact, and I know you know when I said, ‘Well, he’s a good wrestler.’ So I was doing things that were, I feel like they were disingenuous and that’s why I feel like I’m guilty now is, it was just, I just went a little over the top with it by design, and I didn’t like the repercussions that I felt, but I deserved them. So you’re welcome if you need that, but also on the other hand, and I don’t want to take up too much time, but on the other hand, how strongly opinionated people get about somebody else’s opinion. That’s social media in a nutshell. They’re very opinionated about the opinions. It’s like, if you don’t like me anyway, and you think I’m a loser, my opinion should not matter to you that much. You know what I mean? On Twitter, I got some people that dig me, but there’s a lot of people that do not like me on Twitter for a plethora of reasons. But, it’s Twitter and I have to consider the source.”