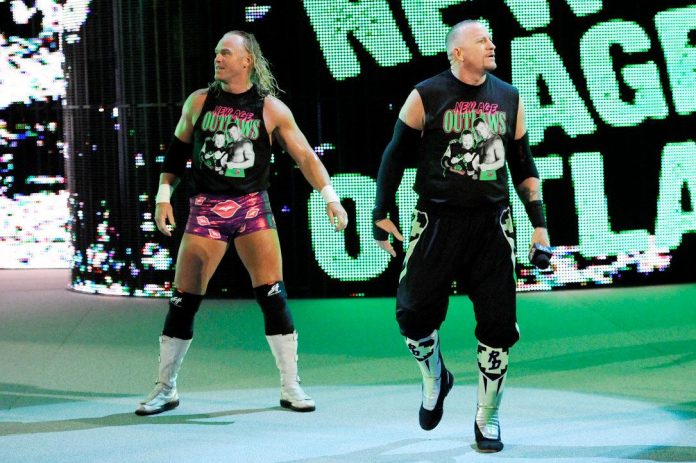 On his Oh… You Didn’t Know? Podcast, Road Dogg claims The New Age Outlaws will never be inducted into the WWE Hall Of Fame. He also doesn’t believe the famed Armstrong wrestling family will be honored with a WWE Hall Of Fame induction.

“I don’t think we ever will because the wrestling, not the fans, the wrestling powers that be doesn’t look at our family like that. I really believe that with all my heart. I think they overlook us and we don’t get the credit we get. Again, that’s not from the fans, the fans in the Southeast will fight you over some Bob Armstrong stuff.”

“I just don’t feel like me and Billy [Gunn] will get it either on our own. It’s definitely some politics going into it and I just don’t know that our family is going to be brought up in that conversation. I think we should but I don’t think we will.”