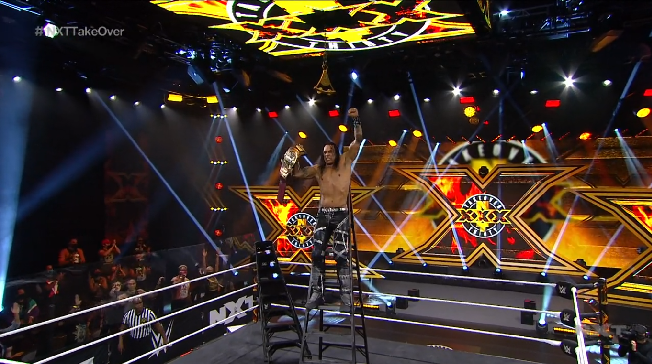 – WWE NXT North American Champion Damian Priest will be Corey Graves’ guest on WWE’s “After The Bell” podcast this Thursday. Below is WWE’s announcement on the episode:

What drives a newly minted champion to bound into a hot tub in their gear? This is just one of many questions Damian Priest will answer this week as the NXT North American Champion sits down with Corey Graves on WWE After the Bell, available wherever you get your podcasts.

On this episode, The Archer of Infamy opens up about how Triple H encouraged him find his voice upon his arrival to NXT, the films and music that helped shape his in-ring persona and why he formed a special bond with Matt Riddle and Keith Lee on the black-and-gold brand.

New episodes of WWE After the Bell drop every Thursday. Subscribe here to listen and never miss an episode.

– Wade Barrett has at least one big supporter behind-the-scenes at WWE NXT – producer and Hall of Famer “Road Dogg” Brian James. James tweeted during this week’s show to support for Barrett, who worked his second guest commentary gig for the black & yellow brand.

As we’ve noted, Barrett is negotiating a full-time contract with WWE to be a permanent announcer for NXT and NXT UK. There’s no word yet on if he will also call next week’s NXT Super Tuesday Part 2 special, but we will keep you updated.