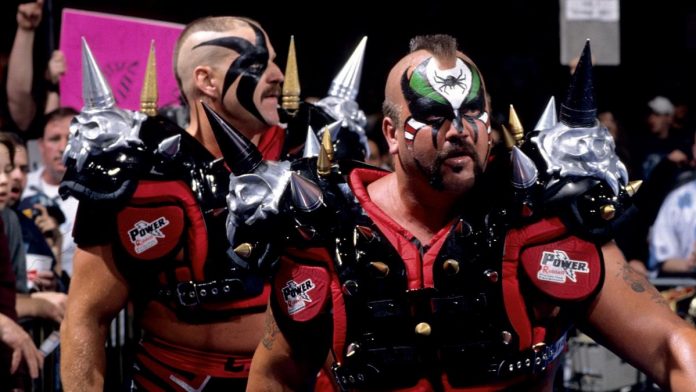 Road Warrior Animal talked on his “What a Rush” podcast about this past Tuesday’s episode of Dark Side of the Ring that covered the Road Warriors. Here is what he had to say:

“I think it was done more than fair. They got some parts of it wrong. I never said I’ve had enough, I’m done with the team. Hawk is the one who F’d off and left. Left us hanging like Paul Ellering said on the clip, we were in Hershey, PA waiting for Hawk at TV and Hawk never showed up. They didn’t get in the part about Hawk calling Vince’s secretary and saying I quit. They didn’t get the part of me finishing up, being a business man. They didn’t get the fact that Hawk just said, screw everything and took off to Japan and made his own deal. They didn’t get any of that in so actually Vice was very nice in the fact they didn’t do any of that stuff which they could have done very easily because that was all discussed.”