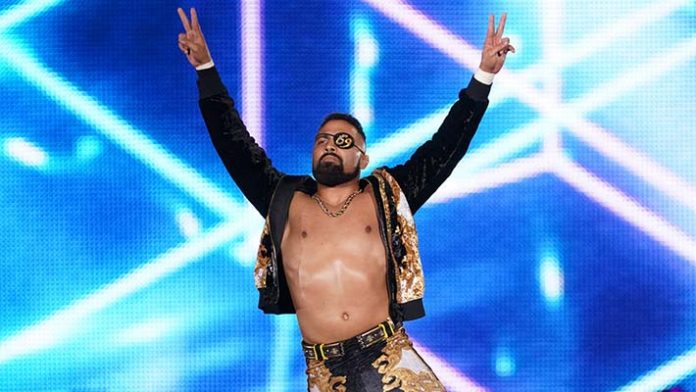 New Japan Pro Wrestling’s Rocky Romero recently appeared on AEW Unrestricted for an in-depth conversation about all things pro-wrestling. During the discussion, Romero reveals why he wears an eye patch while wrestling and if there will be a second Forbidden Door in the future. Here are the highlights:

Why he wears an eye patch while wrestling:

“There’s a rapper called Slick Rick from the 80s and early 90s. I don’t know why, but maybe somebody in a song was talking about Slick Rick and I thought it would be cool if I add an eye patch, but I’ll do something cool like, I’ll put my face on it or I’ll put like a really cool design on it or something. So then I came up with the ideas of having different eye patches for different outfits. Then I started to think like this is going to be an easy merch thing. You know, because everybody’s selling T-shirts. Everybody’s selling hats. Nobody’s selling custom eye patches.

“That was kind of the inspiration for merchandise. Then it became fun because I was designing eye patches for different situations. I just kind of stuck with it. Now I’ve simplified it a little bit more. I’ve just got like one or two eye patches. But I don’t know, I think it’s just a really cool look coming to the ring and making it a part of the entrance gear. There’s no story. I didn’t get blinded in one eye or something.”

“I think I did Dark or something and Mark Henry was on commentary. I don’t know if he started to make up the story. When I walked to the back, he said, ‘I didn’t know what to say about your eye patch, so I just made up a story. What’s the story with the eye patch?’ I said, ‘I just wanted to sell merch and make money.’”

If there will be a second Forbidden Door in the future:

“It’s a lot of hard work trying to get everybody on the same page, two companies that run two completely different businesses. One is very much a TV model, one more of a touring group. Just getting everybody together and understanding what was really important took time. I feel now we’re in a great position after Forbidden Door to easily do Forbidden Door 2 if and when it does happen because now there’s really a great understanding, I think, between both companies and how they work.”