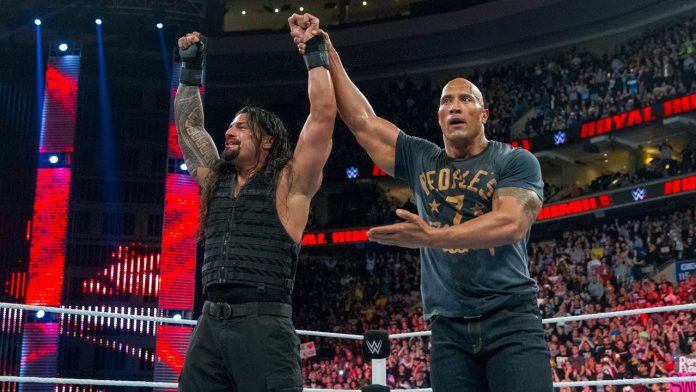 During WWE’s live event at the O2 Arena in London on April 29th, Roman Reigns was asked by a fan, “What about The Rock?” to which Reigns responded with “The Rock can get it too.”

This incident took place after Reigns successfully defended both WWE and Universal Championships against Drew McIntyre. After the interaction with the fan, this prompted Reigns to give a speech to the audience. During this speech, Reigns expressed his wish for the audience to make it home safe that night.

The rumor of Roman Reigns vs The Rock in WWE, more specifically at WrestleMania, have been talked about for the better part of this past year.

Here’s video footage from the event: