Roman Reigns trended on Twitter during Sunday’s WWE Money In the Bank pay-per-view, but did not appear. As seen in the tweet below, a large poster of Reigns was shown on a wall in WWE HQ as AJ Styles made his way through a hall during the main event MITB Ladder Match. There were more posters on other parts of the hallway but the camera seemed to focus on the Reigns graphic for a second or two. The talk on social media was that this could’ve been someone reacting to the recent reports on Reigns’ WWE status. On a related note, the Money In the Bank Kickoff pre-show featured the same countdown of classic Money In the Bank moments from the past. Like last week, the top moment was Seth Rollins cash in and defeating Reigns and Brock Lesnar at WrestleMania 31. As they did on last week’s RAW, Reigns was edited out of the replay.

We’ve noted how WWE officials made a recent edit on Reigns and how his name was not to be mentioned on TV. He was edited out of the WrestleMania replay and left out of a Make-A-Wish video package. Reigns hasn’t been seen since he backed out of the WrestleMania 36 match with WWE Hall of Famer Bill Goldberg due to concerns he had over wrestling during the coronavirus pandemic as his battles with leukemia left him immunocompromised. WWE employees were reportedly told they did not have to work during the COVID-19 outbreak if they didn’t want to, and that their decisions would not be held against them. There is still no word yet on when Reigns will return.

Below is a screenshot of the Reigns poster being shown during the Money In the Bank main event, which was taped 2-3 weeks ago: 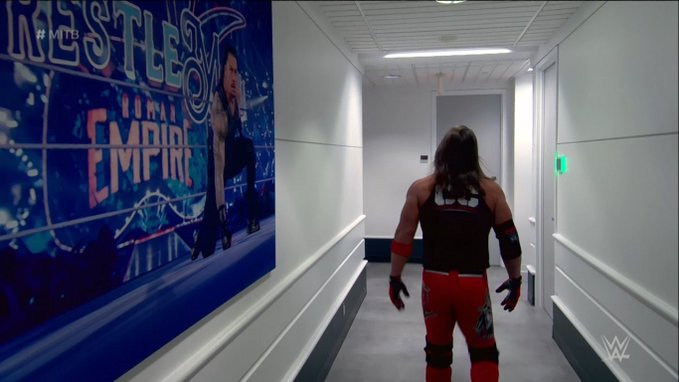