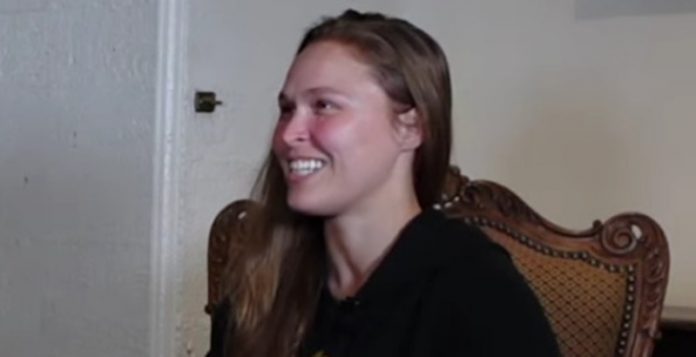 Ronda Rousey recently appeared as a guest on The DC Check-In with UFC Hall Of Fame legend Daniel Cormier for an interview discussing her return to WWE, what could bring her back to the UFC and how motherhood has changed her life.

During the discussion, the women’s MMA pioneer and the reigning and defending SmackDown Women’s Champion spoke about being caught off guard by the reaction she received from the WWE Universe upon returning to the company as a surprise in the Women’s Royal Rumble match at the WWE Royal Rumble 2022 pay-per-view earlier this year, and how she didn’t get to enjoy it because she was “expecting the worst in people.”

Featured below are some of the highlights from the appearance where she touches on these topics with her thoughts.

On the overwhelming positive reaction she received from the WWE Universe for her surprise comeback appearance at the WWE Royal Rumble 2022 pay-per-view in St. Louis, MO. resulting in the company changing their plans for her return: “Vince was like, ‘Well, they popped for her real big so she’s a babyface now.”

On expecting to still go with the original plan for a heel run when appearing at WWE Raw the night after the Royal Rumble, but being told the following by Vince McMahon: “‘No, no, no, no, you need to smile, you need to stop being a b*tch.”

Watch Ronda Rousey’s complete appearance on The DC Check-In via the video embedded below courtesy of the official YouTube channel of the former UFC Heavyweight and Light Heavyweight Champion. H/T to WrestlingInc.com for transcribing the above quotes.