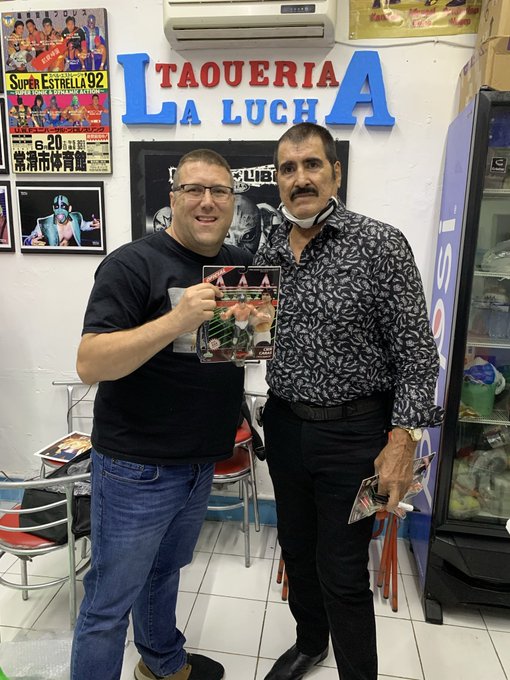 The past year was challenging for everyone in almost every part of the world, with a global pandemic that affected every aspect of life. Political tensions, social unrest, and uncertainty around the end of COVID led to a rather depressing 2020. Uber Eats, Netflix, and prehaps an adult beverage provided minimal solace for bleak reports on the news.

Of course, professional wrestling, similar to many other sports league, was impacted by various pandemic restrictions. Still, nearly a year and a half later, there is only now a peek of a light at the end of the tunnel, as America’s top two national promotions, WWE and AEW, have announced plans to resume their live tour schedule during the second half of the year.

With as much tension and division as the pandemic caused, professional wrestling remains a unifying force among those from different cultures that transcends perceived boundaries. Professional wrestlers and fans of the sport get the chance to witness the culture of different countries when they are brought together by the squared circle.

One such individual is Roy Lucier, one of the most diehard fans of the sport on social media and one of the world’s most prolific memorabilia collectors with some of the rarest items displayed in his home office. As I wrote in an article last year, Roy became a fan of sports entertainment at the age of just 7 when he saw Sgt. Slaughter brawl with Pat Patterson in 1981 on WWF TV, but his fandom was taken to another level in 1992 when he stumbled upon Steve Sims’ “Lucha Libre Weekly” newsletter. A lifelong passion for the Mexican grappling arts, known for its aerial moves, colorful masks, and emotional drama, shaped the direction of his life.

A California native, Roy found himself a part of history on more than one occasion when he attended the famous “When Worlds Collide” pay-per-view from AAA in 1994, and sat front row for Antonio Inoki’s World Peace Festival in 1996. Poster, programs, pictures, and masks are just a few of the items that can be found in his stellar collection. However, the true gems of such a massive amount of memorabilia are the extremely rare AAA Kelian line of action figures. Roy is one of the few known to have the complete line of figures, but he wanted to take it once step further to make the set something truly special, getting each possible figure autographed by the lucha legends themselves.

So, instead of staying slumped on the couch with the tension of cable news projected through the TV screen, Roy set out to finish the task of obtaining the final signature he needed, specifically Cien Caras. Lucier has spent the previous few years zigzagging everywhere from independent shows, conventions, and even trips to Mexico to obtain the autographs. Rey Mysterio, Heavy Metal, El Hijo Del Santo, Psychosis, Mascara Sagrada, and the other living luchadors from the series all inked their name upon the rare figures modeled after them. As thrilled as he was to see the names inscribed across the AAA logo of the boxes, he was equally as happy for the chance to meet some of the icons of lucha libre.

“Mascara Sagrada was amazing, especially since he invited me to his hotel and we spent the day together discussing his career. Rey told me, to his knowledge, mine is the only AAA Kelian he ever signed so that makes that really special to me. It’s amazing to see the boys light up, especially when this American is going out of their way, and you explain to them you have this collection and you are trying to get all the figures signed. They appreciate your efforts and time, and support of lucha libre as a whole,” Roy explained.

After he traveled to Mexico last March to be able to meet Heavy Metal, just weeks before the pandemic shut down international travel, Lucier was unsure how or if he could find an opportunity to meet Caras for the completion of the autograph project until he saw a unique advertisement for a few lucha legends on social media, and it was a chance for him to complete the autograph quest.

“I saw someone on Facebook post that Cien Caras and Mascara Ano 2000 would be making a personal appearance at a taqueria restaurant in Monterrey, Nuevo Leon that would take place on Halloween. After reaching out to the promoter and asking a close friend to confirm the appearance, I booked the flight and hotel, and also contacted a friend I knew from online named Dionicio. He spoke no English, but we communicated perfectly,” Lucier said.

After 11 hours of travel from Sacramento, Roy landed in Mexico City, and while some would be overwhelmed by international travel, he embraced the chance to experience authentic Mexican culture. With Dionicio as a tour guide, the two international pals used the countries expansive ride share services to explore ahead of the signing.

“Having a guide, it was really easy to get around. We visited a weekend flea market in the middle of town that made me wish I had packed a bigger suitcase, as I saw a lot of CMLL rings for sale I wish I could have picked up, especially at those prices. We did go to a torta shop that belonged to luchador Panthro that was an amazing experience” Lucier commented.

Around 8:30 PM that night, Roy and his lucha buddy eagerly joined almost a hundred other lucha fans that were in attendance to meet Cien Caras and Mascara Ano 2000 at the lucha-inspired restaurant. Before the lucha legend took photos with the crowd, he answered questions from the audience, providing a truly unique experience for those that waited for the chance to get an autograph. Considering his long journey, it was arranged that Roy could stick around after the rest of the attendees had left to have a special meeting with the wrestling stars. The veteran luchadors greeted him with a smile and expressed their appreciation for his dedication to lucha libre. Roy’s trademark is often to think of others before himself and thus he brought gifts for the grapplers, as he gave Caras with an extra figure to keep as a memento, and presented a Triplemania poster to Mascara Ano to express his gratitude for their efforts.

“Cien Caras and his brother could not have been more amazing. Both were happy to meet me. I also explained I had been front row at most of the events in Los Angeles back in the mid 90’s. I got to ask where the name “Los Hermanos Dinamita” came from, Mascara Ano 2000 said Danny Ortiz said they wrestled with a lot of dynamite and the name stuck permanently, and also what their memories were of the events in Los Angeles, and Cien Caras said he remembers mostly how successful they were and how important they were to the growth and success of AAA as a company,” Roy commented.

Post-signing, Roy and Dionicio ended up at a taco stand at 1 AM, but Lucier’s prior travels to the country made him familiar with the cultural district. A few days later, he returned home, his quest to get a complete autograph collection of all the living lucha legends from the Kelian line was finished, quite possibly making it the only such collection in the world.

Aside from the appreciation from the diehard wrestling and action figure fans, Roy’s story goes beyond that of just a stellar memorabilia room. At a time when the circumstances of the world often brought out the worst in society, Lucier embraced and expressed an appreciation for not only the Mexican culture, but also the efforts of the lucha libre legends.