This Sunday, WWE will converge on Orlando for Royal Rumble 2016. The Royal Rumble is one of WWE’s most revered, and legendary matches in their history, as it typically sets up numerous programs for WrestleMania.

This year’s edition features Roman Reigns attempting to do what no man has ever done, and defend the WWE World Heavyweight Championship against literally 29 other dudes, as he will be the #1 entrant in the ring. For the story WWE is trying to perpetrate, it couldn’t be any other way. With a Reigns win, WWE may have accidentally nudged Reigns into some rarified air, with perhaps one of the finest 3 year stretches ever seen in Rumble history.

Previously in 2014, Reigns eliminated 12 men en route to being the runner up to Batista. Despite the horrific reception he received in 2015, he walked away the victor, and looks to join Stone Cold Steve Austin, Shawn Michaels, and Hulk Hogan as the only back to back winners ever, whether WE LIKE IT OR NOT.

While WWE has blatantly made clear what their focus is regarding the 2016 Royal Rumble, numerous other questions, and subplots have flown under the radar. What are they? Let’s see. 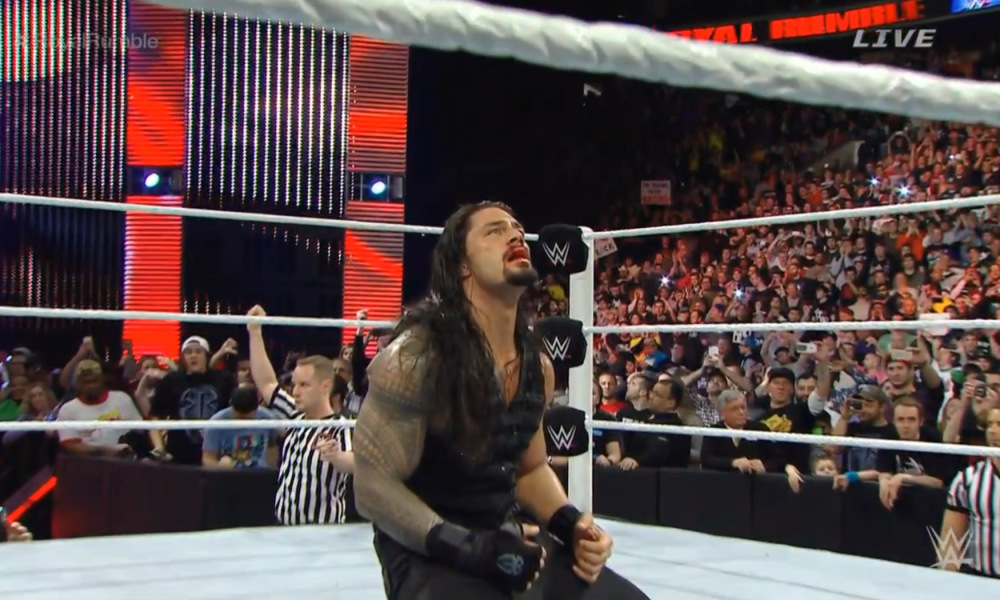 If they haven’t, there should be mass firings on the creative team. But honestly, it comes down to if 1 guy wants to sacrifice his entire roster to Roman Reigns. Without Daniel Bryan (at the moment) around to be the hope many fans attached themselves to the last two years, look for WWE to attempt to fix their missteps.

Or they could have Reigns eliminate The Big Show, The Wyatt Family, Kevin Owens, The League of Nations, and Brock Lesnar all in a row to win the match. While I’m admittedly an optimist, I’ve grown to no longer trust the Royal Rumble, and can’t think of a good reason why any of us should.

Chris Jericho recently returned at the top of the year, interrupted The New Day and became a parody of his 1999 self. With each passing week, and progressively lamer promo, Jericho may have finally lost his fastball like Martin Lawrence after Blue Streak. However, examining the case closer, there were cracks showing as early as WrestleMania 29, when he was tragically stuck with Fandango. Y2J hasn’t been the same as a character since.

What followed was a lukewarm feud with Bray Wyatt, where Jericho wasn’t allowed to used his best asset in his mic work, and only was saved when Jericho jumped off the top of a steel cage to Wyatt below.

While WWE is positioning Jericho for an important role this WrestleMania season, the numerous comebacks have kneecapped their once massive impact. In 2012, Jericho chastised the business for copying his catchphrases, style, and dress. Ironically in 2016, Jericho has resorted to doing the same thing to a lesser extent.

The last time I ranked my 10 favorite wrestlers of all-time, Jericho sat around 4 or 5. While there is nothing he could ever do to drop him from the Top 10, he’s never going any higher at this rate.

Do we get #CancelWWENetwork trending again?

Seriously, Reigns brought up an awesome point that doesn’t have a clear answer. Sure Triple H could just come out and challenge Reigns, or attack him after, but wouldn’t that be the lamest set-up to a proposed WrestleMania main event since ever?

If WWE wants to do a title change with Reigns, this is the best situation they could ask for. They can have him face immeasurable odds and lose the championship, all while not being pinned. Go ahead, you put the “Make Roman look strong” joke there, I’m not doing it.

In losing the title, Reigns would be set for a rematch in the main event of WrestleMania.

1.Daniel Bryan – Perfect comeback story. With rumors of WWE testing him in Pittsburgh this week, Bryan could finally get his due, or a proper story in the fall out of his elimination.

2.Razor Ramon – Yes he’s a WWE Hall Of Famer, and we’re not sure if he should be taking bumps anymore, but hearing that

3.Jake The Snake Roberts – Another of DDP’s miracle stories, Roberts has openly campaigned to no avail in the past, but with the release of his “Resurrection of Jake Roberts” film, this could be the perfect time to bring THE SNAKE out of the bag.

4.John Cena – Kidding. However, what are the Vegas odds on a Cena return? What would the line have to be for you to part with your money? 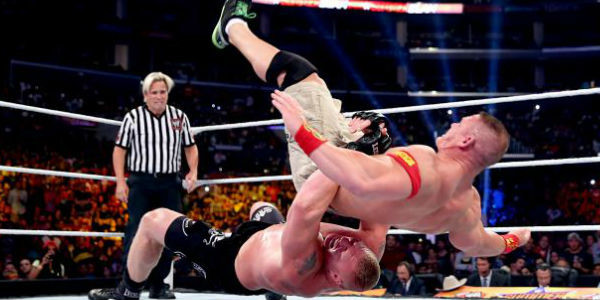 In what could be the greatest moment in Royal Rumble history, I’m proposing Brock Lesnar… The Beast unleashed, GERMAN SUPLEX another human being over the top rope.

Now, I’m not expecting a flat back bump on the half inch padding after being thrown to their doom, but if we got it….I wont complain. Picture Brock throwing a man backward, on top of a pile that goes down like WWE’s ratings during football season. We need this Brock. You have one job.

Conspicuous by his absence, Triple H hasn’t been seen on main roster television since TLC. After being brutally assaulted by Roman Reigns, Triple H has gone missing like Sasha Banks opponents edges. In his time off, Vince McMahon went to jail, watched Roman win the championship, and stacked the odds against Reigns in a way not seen since he put a $100,000 bounty on Stone Cold Steve Austin’s head in 1999.

What should stick out to everyone is Vince McMahon going U.O.E.N.O https://www.youtube.com/watch?v=qEkcYsqu6MU like Rocko, Rick Ross, and Future, and telling us Triple H would get his revenge on Reigns without him even knowing it.

Triple H could enter the match himself and target Reigns, but he strikes me as the type that would rather not get his hands dirty until the most opportune time, and until then, he’ll screw you in another way. 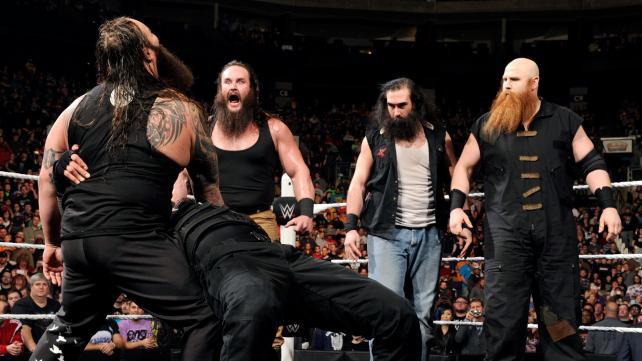 WWE has quietly put together a new version of the gang wars. Descending upon this match will be The Wyatt Family, The New Day, The Social Outcasts, The League Of Nations, and just for kicks “The Family” of Roman Reigns, Dean Ambrose & The Usos.

Those are a lot of guys that might not fight each other.

It seems these stables have been put together, to be destroyed by Brock, Reigns, and possibly Jericho in epic fashion. I can imagine The Wyatt Family standing in the corner like the NWO in 1996 at World War III, which just isn’t very exciting.

Well, those are my questions. What are yours? Will WWE reinvigorate the Royal Rumble match or watch it sink into the abyss? Let me know @RichLatta32