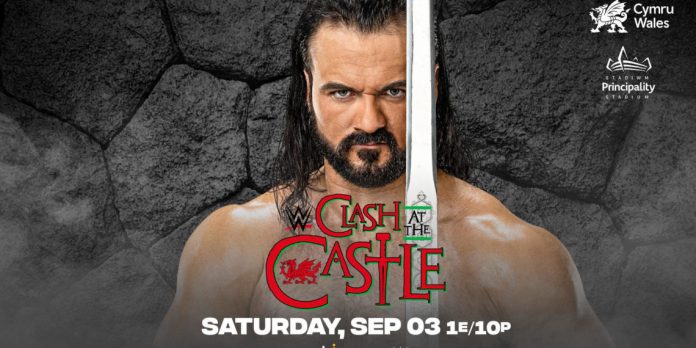 The 2022 WWE Clash at the Castle PLE will feature Roman Reigns vs. Drew McIntyre for the Undisputed WWE Universal Title on Saturday, September 3.

For Clash at the Castle, Riddle vs. Seth Rollins has been “confirmed internally,” according to Dave Meltzer of the Wrestling Observer newsletter, even though it hasn’t been officially announced. The match between Riddle and Rollins was initially planned for Summerslam but was ultimately postponed.

In keeping with a WWE narrative, Ronda Rousey is “suspended,” but a rematch with Smackdown women’s champion Liv Morgan is rumored for the event.

Meltzer wrote in the Wrestling Observer Newsletter that “while we don’t have this confirmed as a rematch for Clash at the Castle, we do have confirmed that at press time the plan was for Rousey to be on that show.”

The Judgment Day vs. Edge and Rey Mysterio for the Clash at the Castle “seems possible,” according to Meltzer. Stay tuned to PWMania.com for more.