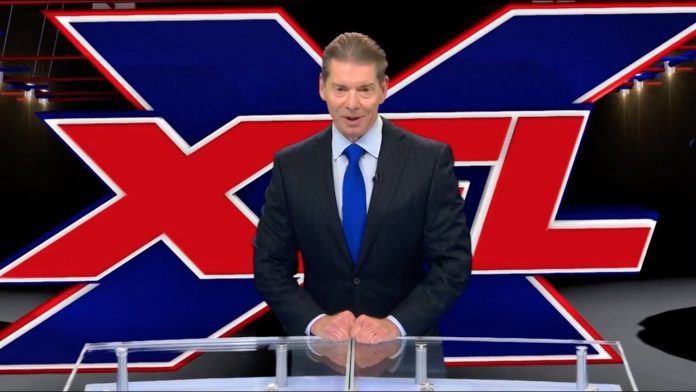 There are some rumors that Vince McMahon declared bankruptcy on the XFL because he wants to buy it back for cheap later, according to a report from The Athletic. Vince McMahon and the XFL filed for bankruptcy and put its assets up for sale last month. Several XFL creditors believe Vince McMahon is trying buy back the bankrupt XFL for a “fire-sale price.”

In addition to several of the XFL creditors believing this is McMahon’s plan, XFL President Jeffrey Pollack reportedly called the venues in St. Louis, Missouri and Seattle, Washington, about reinstating their lease agreements.

In a series of court filings, the unsecured creditors for the XFL expressed some concern that the declaration of bankruptcy for the league was a “cutthroat” financial strategy by Vince McMahon in an attempt to ride out the COVID-19 pandemic and the current economic issues. With the bankruptcy filing, Vince McMahon doesn’t have to pay for the costs of operating the league. He would later re-acquire the debtor at what’s called a “fire-sale price.” Basically, Vince isn’t able to run XFL events during the pandemic so he’s trying to get out of losing tons of money. Once the pandemic is over and he can make money again, he’ll buy the XFL back at a very cheap price. In the meantime, all of the original creditors are screwed and McMahon doesn’t have to pay them with the bankruptcy filing. If it sounds like some “shady business” practices – it is.

We’ll keep you posted as we hear more.