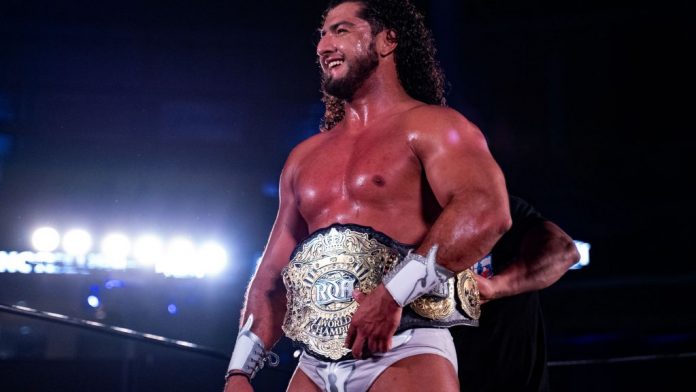 Rush has confirmed that his current ROH contract is scheduled to expire in January 2022.

The former ROH World Champion is currently out of action after undergoing knee surgery. ROH announced the surgery on September 1, noting that he would be out of action for the rest of the year. Rush recently spoke with Justin Barrasso of Sports Illustrated, through a translator, and confirmed that he underwent surgery on his knee, and will be out for 8-12 months.

Rush was asked why now was the right time to undergo the operation.

“Injuries are a risk for all of us every time we get into a ring. It was the most difficult decision of my career when I heard the doctor tell me that if I didn’t have surgery in a few years, there is a possibility I would make my situation worse and worse over time,” he said. “So even though I did not want surgery, it is best for me. It is eight months out [of action], which pains me, but my knee will be 100%. That’s why I opted for surgery.”

Rush saw his 498-day reign with the ROH World Title end back in July when he dropped the strap to Bandido at Best In the World. He revealed to SI that he was not at 60%, but still chose to work. He was asked how much his performance was affected by working with the injured knee.

“I wasn’t even at 60% percent, but no matter what, I was going to defend my ROH championship,” he answered. “I needed to be brave and strong as champion. There was a price to pay for not giving the time or patience that my knee needed. I ended up making it worse, but I never stopped until I dropped the belt.”

It was noted that Rush will be out for 8-12 months while recovering from the surgery. He was asked if he will stay with ROH, or go somewhere new, like AEW.

“My contract expires in January. So far, we have not talked about a contract renewal. I am very grateful to ROH. I am also a man of challenges and goals, and I’m open to listening to everyone,” Rush responded.