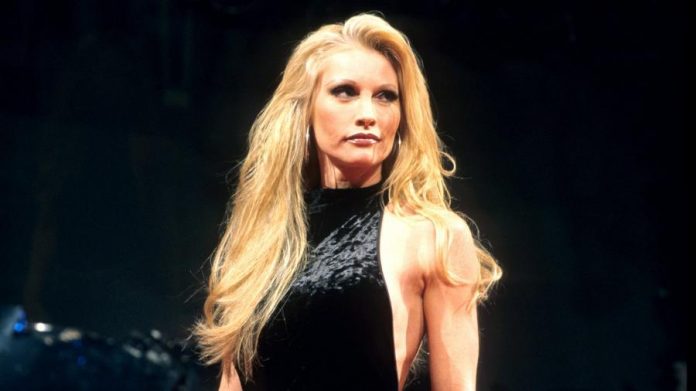 As PWMania.com previously reported, during the latest “Foley Is Pod” podcast episode, Foley and co-host Conrad Thompson discussed Sable. The Hardcore Icon praised Sable and said she deserved to be inducted into the WWE Hall of Fame.

“Sable undoubtedly deserves to be in the Hall of Fame. I think it’s just a matter of when and if, but definitely, she was one of the most over women of her generation,” Foley said.

Given her recent avoidance of the spotlight, it will be interesting to see if Sable is interested in a Hall of Fame induction.

The possibility of Sable being inducted into the WWE Hall of Fame has sparked a debate on social media, with fans arguing both for and against the honor.

Sable, who has been married to Brock Lesnar since 2006, made her WWE debut as a valet for WWE Hall of Famer & Chief Content Officer Triple H at WrestleMania 12 in 1996. She eventually started a story with her ex-husband Marc Mero. Sable went on to win the WWE Women’s Championship at Survivor Series 1998, defeating WWE Hall of Famer Jacqueline Moore. She was the first WWE star to grace the cover of Playboy in April 1999, and her issue was one of the best-selling issues of the popular men’s magazine.

Sable left WWE in June 1999 and sued the company for $110 million, claiming sexual harassment and unsafe working conditions. Former WWE Chairman & CEO Vince McMahon later counter-sued her over the name Sable, but the two sides settled out of court in August of that year. Sable then used her real name, Rena Mero, for her Playboy cover in September 1999, becoming the first woman ever to have two Playboy covers in the same year.

Sable made one WCW appearance, as an audience member on Monday Nitro on June 14, 1999, and later as the on-camera CEO of the XWF promotion on November 13 and 14, 2001. In April 2003, she returned to WWE and feuded with WWE Hall of Famer and fellow-Playboy covergirl Torrie Wilson. She then feuded with current WWE Chairwoman & Co-CEO Stephanie McMahon in the storylines while portraying Vince’s mistress.

Sable made her final WWE appearance on August 5, 2004, when she, Wilson, and Dawn Marie drove WWE Hall of Famer Eddie Guerrero to the ring in his lowrider. WWE announced 5 days later that she had left on good terms, and Sable stated that she had left to spend more time with her family.

Sable has remained out of the spotlight since leaving WWE, but she did accompany her husband to NJPW events in 2006 and 2007.