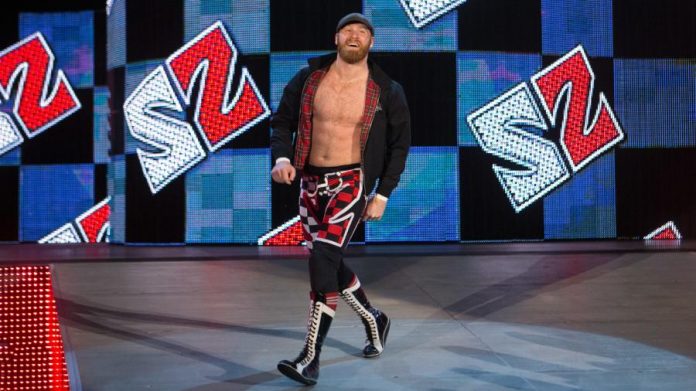 – As seen on last night’s WWE SmackDown, Maria Kanellis slapped Sami Zayn before Mike Kanellis laid Sami out with a vase of flowers. Above is Talking Smack video of Sami talking to Renee Young and SmackDown Commissioner Shane McMahon. Sami says everyone does need to spread a little love right now and it’s great that they are in love but he doesn’t know what they wanted an apology for because they have been in his way. Sami says things have taken a different turn now because when it comes to love, he’s going to love kicking Mike’s ass.

– WWE has a new poll on Intercontinental Champion The Miz, asking fans the chances of him winning an actual movie award like an Oscar or a Golden Globe. As of this writing, 77% voted, “Slim to none.” 14% voted, “50/50. It could go either way.” and the rest went with, “Very good. It’s only a matter of time with his blossoming movie career.”

– WWE Hall of Famer Ric Flair appeared with Glenn “Kane” Jacobs’ fundraising event today in Knox County, TN at the Cherokee Country Club as The Big Red Machine continues to campaign for Knox County Mayor. Below are a few photos of the two:

Campaigning in Knoxville for my good friend Glenn Jacobs! pic.twitter.com/DyXrRTRGHN