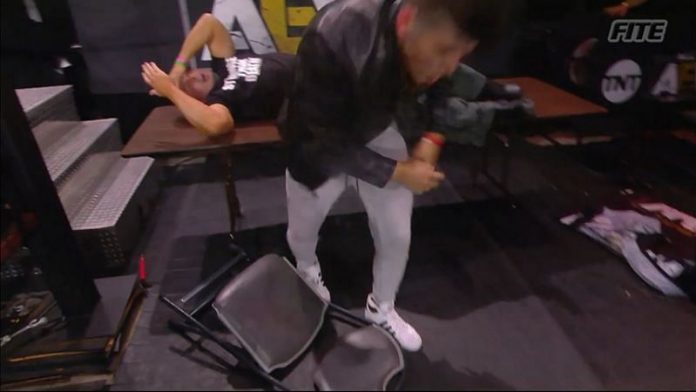 As PWMania.com previously reported, Sammy Guevara and Matt Hardy brawled with one another on this week’s AEW Dynamite. During the segment, Guevara tossed a chair at Hardy’s face and put him through a table. Hardy was bleeding everywhere after the attack.

Guevara received a “stern talking to,” by people backstage after the segment, according to Bryan Alvarez of Wrestling Observer Radio. Guevara was not supposed to throw the chair full force at Hardy’s face the way he did, and those backstage were very unhappy. Hardy received ten stitches after it was all said and done.