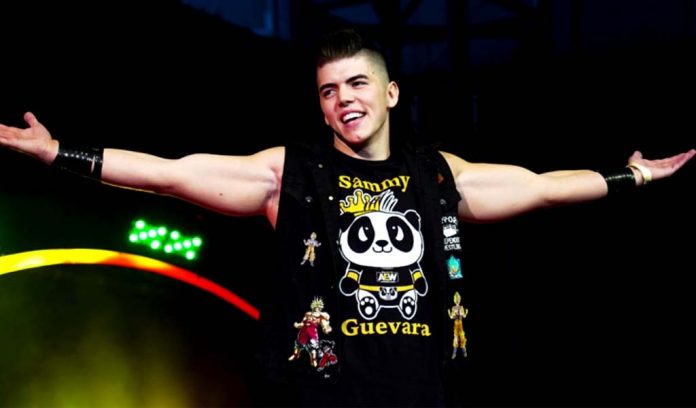 According to a report by Bob Kapur of SlamWrestling.net, Sammy Guevara is reportedly in “hot water” with AEW officials and Tony Khan after voicing complaints about a planned storyline with Impact Wrestling. Kapur noted the following:

“The source reports to Slam Wrestling that after this Wednesday’s episode of AEW Dynamite, which saw Guevara quit the Inner Circle faction, Chris Jericho floated the idea of Guevara appearing on Impact. He pitched the idea to Khan who contacted Impact about writing Guevara into an angle at the last minute. Impact’s first take on things was rejected but a second idea was given the greenlight by Khan.”

Guevara reportedly had an issue with the creative direction and complained to Impact directly which led to Impact contacting Jericho and Khan. Jericho was said to have advised Guevara to go home after Guevara arrived in Nashville, TN where Impact produces shows.

While there is said to be concern that the situation has negatively affected AEW’s relationship with Impact, Fightful.com noted that it’s believed the issue is “nothing that can’t be overcome.”

Re: Sammy-IMPACT-AEW report, I can't speak to or confirm the Tony Khan or Chris Jericho aspect and I don't know. I'd heard that an AEW wrestler (today ID'd as Sammy) as supposed to come in to IMPACT this past week but someone wasn't happy with the creative offered.

Also, I don't think this will dramatically affect things. I'd imagine both companies realize stuff like this will happen from time to time