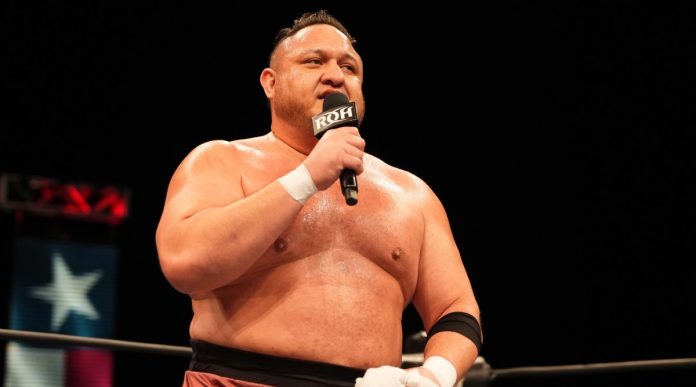 Ring of Honor held the Supercard Of Honor PPV event on Friday, April 1st 2022 at the Curtis Culwell Center in Garland, TX. Samoa Joe made his return to the promotion during the show and it was later announced that he had signed with AEW.

While speaking to media afterwards, Joe talked about ROH:

“[Tony Khan buying ROH] was a major surprise to me, especially coming from my former position and how hard I was pushing to buy the library for the other company. It let me know why it was being such a difficult process. When that did come up, at the same, having Tony have it and know how much he loves wrestling and knowing how much he loved ROH and the product, just from our meetings and the time knowing each other, I knew it would be good hands. I knew it would be treated with respect and it would be kind of made available to the fans in the best way possible. I was very happy with it.”

Joe also commented on signing with AEW and his future goals:

“World Champion. That’s why I’m here. I tried my bid at bettering the world of professional wrestling, but at the end of the day, I’m here in AEW and ROH to be a Unified Champion. I’m here to win the AEW Championship and Ring of Honor Championship. I’m here to win anything they put in front of me. I’m more than willing to go into the Owen Hart (tournament) and win that. This ain’t a game anymore. AEW has a lot of feel-good moments, a lot of great wrestlers who respect each other. I don’t respect nobody. Until you’re in the ring with me. I’m coming out there to smack people in the mouth and take what they have. That’s pretty much my edict when I’m here. Broadcaster, mentor, good guy, I am all those things, but not here. Not here.” 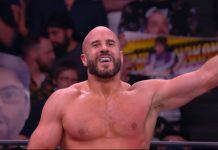