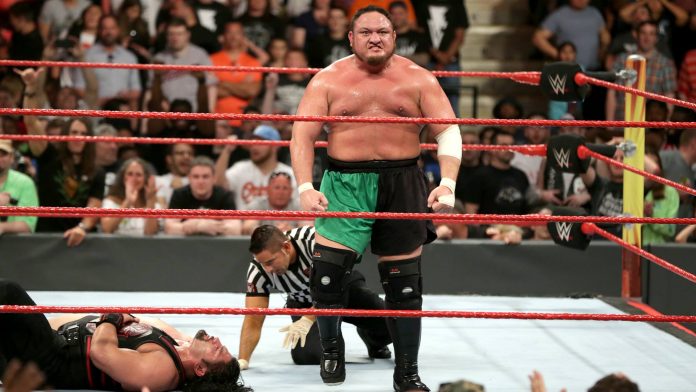 Seth Rollins and Buddy Murphy retained the RAW tag team titles against Samoa Joe and Kevin owens on this week’s RAW. During the match, Samoa Joe did a dive to the outside and took a nasty fall. Officials checked on Joe and he ended up being removed from the match. Mike Johnson of PWInsider.com noted the following about the potential injury:

“The decision to remove Joe from the match was made by WWE medical personnel and was 100% legitimate, not something that was booked as part of the match. Everyone involved was pretty much calling the remainder of the bout on the fly.”

Stay tuned for an update regarding Joe’s condition. Footage of the spot can be seen at the end of the video clip below: