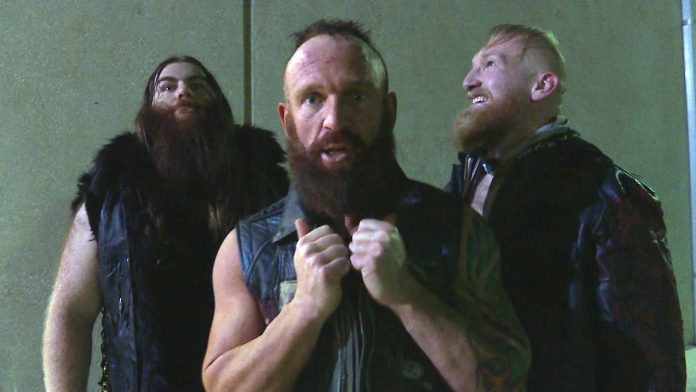 – During this week’s episode of SmackDown Live in Toledo, OH at the Huntington Center, SAnitY made their WWE television debut as members of the main roster.

They were scheduled to face The Usos in a tag team match. However, they beat down the former SmackDown Tag Team Champions and there was no match.

After the show, the group took to their official Twitter accounts to react to their main roster television debut. They wrote the following:

– WWE NXT General Manager William Regal, who has missed the last few tapings due to a health issue, is set to make his return to television at this Thursday’s NXT TV tapings in Winter Park, Florida at Full Sail University, according to Mike Johnson of PWinsider.