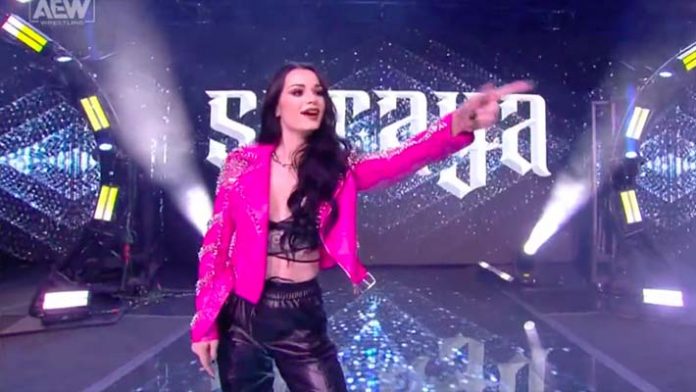 In 2023, AEW will be headed to the UK for the first time as the company makes its way into London.

Saraya, who is from the UK, has indicated that she is hoping to get her brother Zak Knight as well as other family members matches on AEW Dark when AEW is in London in 2023.

Saraya discussed bringing Zak and other family members to AEW while speaking on AEW Unrestricted.

“I would love, since I have a family of wrestlers, please, we have to get my brother Zak. Zak has never made it and it’s so frustrating, he’s tried so hard. We need to get him on an AEW Dark show or something like that so we can showcase him. He just did New Japan. People loved him, they’re bringing him back again. He got such a great reaction when he walked out. People didn’t know who he was at first and then they said ‘Zak Zodiac’ and everyone was like ‘YESSS!’ It gave me chills. I would love for my brother to eventually be in AEW and my nephew, Ricky Knight Jr, my nephew Patrick. A whole family thing. Going over to the UK, I’m like, ‘Yes, I will plug them and try to get them on the Dark show,'” she said.

Zak Knight teamed with Bad Dude Tito at NJPW Royal Quest event in London back in October and were defeated by Kazuchika Okada and Tomohiro Ishii. Zak was also in attendance during Saraya’s return match at AEW Full Gear.