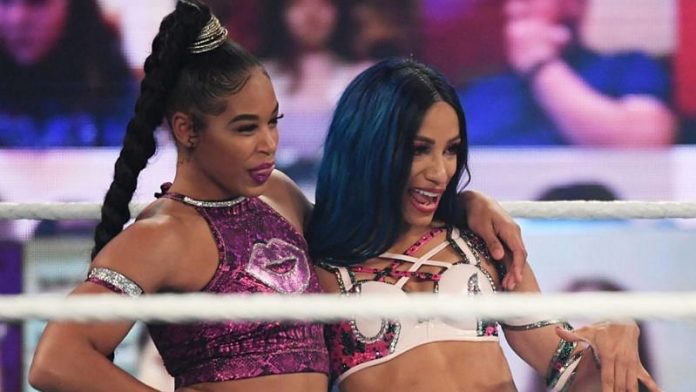 Sasha Banks and WWE Smackdown women’s Bianca Belair were scheduled to appear at tonight’s WWE live event in Charlotte, NC. However, it was announced by Byron Saxton that Sasha and Bianca wouldn’t be on the show due to “unforeseen circumstances” and no other details were given. As one might expect, the live crowd was said to be unhappy about the news.

Charlotte Flair also did not appear on the show.

Uh… Bryon Saxton just announced that both Sasha and Bianca will not be appearing due to unforeseen circumstances.

In other news from the event, it was revealed that Charlotte, NC will be the location for the New Year’s Eve edition of Smackdown.

Thank you @WWE and @ByronSaxton! I had a blast sharing the BIG NEWS that SMACKDOWN is coming to Charlotte on New Years Eve! #wwecharlotte pic.twitter.com/SdU9CYXKXi