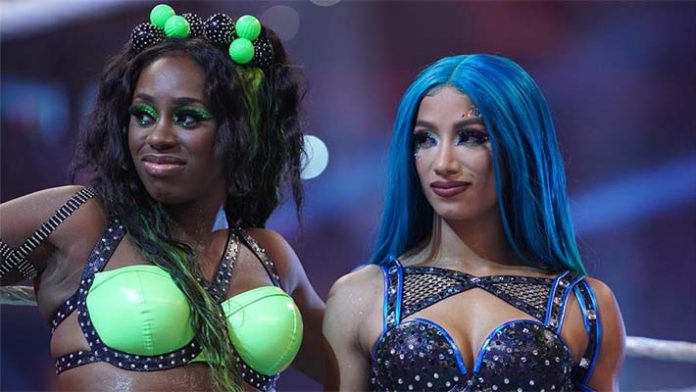 WWE indefinitely suspended Sasha Banks and Naomi after walking out of RAW on May 16th, 2022, as PWMania.com previously reported.

Banks and Naomi have been suspended indefinitely without pay, according to Dave Meltzer of F4WOnline.com’s current Wrestling Observer Newsletter. According to sources close to the situation, the withdrawal of Banks and Naomi’s merchandise was intended to send a message to the rest of the locker room.

According to Meltzer, the company also has the right to freeze their contracts, albeit this is a different situation than in the past because other wrestlers were still paid while their contracts were suspended. Naomi’s contract is apparently up for renewal in two months, and she may seek legal help to get out of the position.

There is a lot of speculation and conversation in the locker room regarding Banks and Naomi, with Banks being portrayed negatively and Naomi supporting her friend but not being the cause. In this circumstance, even people who are generally anti-management were not anti-management, according to Meltzer.