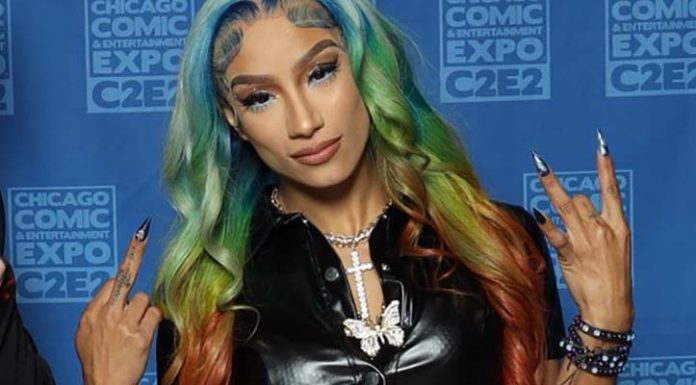 Cornette mentioned that Banks recently made her first public appearance at the C2 convention for an autograph signing and meet-and-greet with fans. She was socially distant when she interacted with her fans. This was not something Cornette liked.

“Somebody’s going to say ‘Cornette F*ck you. COVID.’ Well, here’s the deal. It’s just like a low fat Twinkie. If you can’t eat the fat, don’t eat the f*cking Twinkie. If you can’t take the photo op, don’t do the photo op. I’m not going to be putting [myself in danger] And that’s the reason I’ve turned down tonnes of Fan Fests and things that I’ve been asked to do the past couple of years because it took all the fun out of it. Hugging people or shaking hands or taking goofy pictures, and having fun, to know that everybody’s potentially contagious.

That’s my opinion, and $100 or whatever the f*ck for a picture? Yeah, I guess, these don’t look like phone pictures? Because I know there’s some places that do the high def professional photographer and you get a print of it, right? I can see charging something for that. And I’ve been talked into over the last several years charging money for pictures with people’s cell phones. Because at first I’ve mentioned I thought it was f*cking ridiculous and insane and greedy for a celebrity to charge money for a fan to take a picture of that self same celebrity with the fan’s own phone. Right?

[Jim then looks at one of the pictures] He[the fan] is so far away. So far away. Doesn’t anybody stay in one place anymore for a photo op? It would be so fun to see your face near my photo op. Buddy, you’re so far away. But anyway. So yes, if you’re going to charge for a photo op, and you’re going to advertise you’re doing photo ops, I think you have to actually be next to the person or just don’t do them, which is fine.

I don’t think that Sasha and Naomi, either one are gonna be on welfare and food stamps next week. They seem to have been doing fine. So far. But $100 for a picture to begin with. Did you say even more in some cases?”

Cost was $130 for the duo pic. While I was happy to be in the room with them the distance thing was a shock and not the experience I was expecting. I saw the pics of them hugging women and I did not need to touch them, but standing next to them would have been nice. pic.twitter.com/cA1x35NQ4a

(h/t to Inside The Ropes)