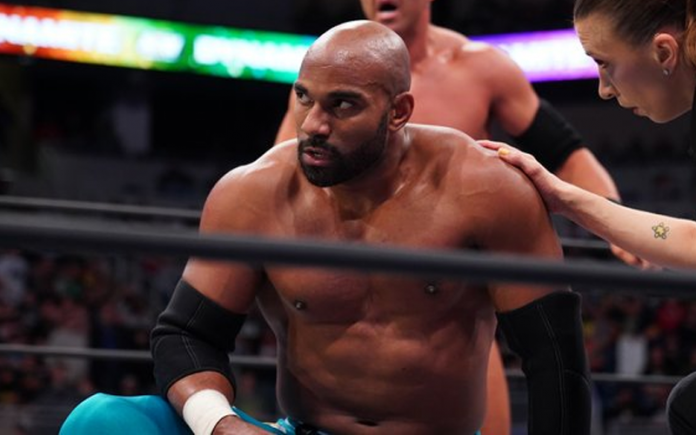 In an interview with Chris Van Vliet, Scorpio Sky addressed offensive tweets from 2012 that resulted in WWE no longer using him as the “Harold” character from the Daniel Bryan/Kane skits. Here is what Sky said courtesy of Fightful.com:

“I had some bad decisions that I made where I said some things on Twitter that I shouldn’t have said that were very, very inappropriate and ignorant, actually, and it came off as homophobic. That’s a very down point of my career, something I look back on with a lot of regret. At the same time though, I learned a lot from it and I definitely can look back, here we are, this is almost going on ten years later. I’ve learned a lot from it and I’m definitely a different person now than I was then, and I learned that there is certain language that is completely unacceptable not only in the public eye, but in your personal life as well. So, it is a situation that I’m very embarrassed about and I look back with a lot of regret but at the same time, I learned from it and became a better person and a more understanding person. If I can show that people can grow and become a better person [that’s the lesson learned].”

Outsports.com got a quote from Sonny Kiss regarding Sky:

“I absolutely love Scorpio Sky! We have all had times in our lives where we have said or did things that we regret or are not proud of. The fact that he is owning up to his wrongdoings and have addressed them publicly says a lot about the type of person he is. We live in a very unforgiving world, but I am a firm believer that everyone can change and do better. If they are willing to, let them. I will never continue to penalize a person who has expressed regret and has a desire to be better!”