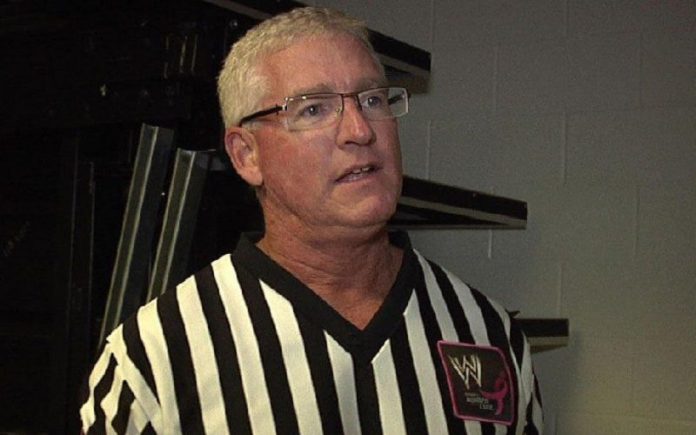 Former WWE referee Scott Armstrong appeared on the latest edition of “Oh… You Didn’t Know” and discussed a wide range of topics. Armstrong recalled being promoted as a WWE SmackDown referee in 2008. He revealed he got the promotion thanks to Natalya and Victoria.

“I came in and I did the WWE ECW. I did that for about six months,” Armstrong said. “At that time, we were branded referees. So there may be seven matches on the card, but there would be three RAW matches and three SmackDown matches and one ECW match. It would be like the second or third match of the night. So I would just fly to town for the one match, and I was done.”

“One night one of the SmackDown referees didn’t make it and so they said, ‘Hey, Scott, can you ref the girls?’ Well, it was Natalya against Victoria. I said, ‘Okay.’”

“I didn’t realize that they were, you know, kind of rookies. We got into the match and they were just in a hold. Nattie was, I don’t know, just green. I just looked at her, pointed at her, and said, ‘Look at me, shake your finger just like this, and point at me.’ The fans don’t know what I’m doing. She started doing it and the people started getting louder and louder. I looked at her and said, ‘Let’s go to work.’ They started coming up.”

“We get to TV and one of the reps says, ‘Laurinaitis wants to see you in his office.’ I walked into his office and there sat Victoria and Nattie. He said, ‘The girls said that you were the referee and that you helped them out a lot.’ Man, he doubled my money and made me a SmackDown referee right there.”