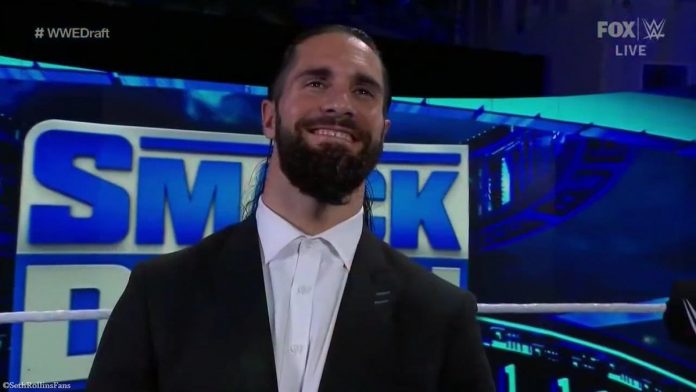 During an appearance on Ryan Satin’s Out of Character podcast, Seth Rollins talked about working in the WWE Thunderdome without fans:

“I still think social media still plays quite a role in how shows are written and how characters are portrayed. [The ThunderDome] has allowed us to tell our stories a little cleaner in the sense that things aren’t up and down as they may normally be. Whether that’s good or bad, I’m not entirely sure. I miss the fans and live interaction, but I like being able to cut a promo and getting all the way through without having to side-eye the audience. It’s nice to get a thought out without being interrupted by ‘CM Punk’ chants.”

Rollins also talked about his 2020 storyline with Rey Mysterio…

“Some stories have overstayed their welcome, but we’ve definitely been allowed to tell fully fleshed out stories over six or seven months that we wouldn’t get through normally because a live crowd would force creative to change course. I had a blast working with the Mysterios, though things got carried away at the end. I was proud of the eye-for-an-eye match.”