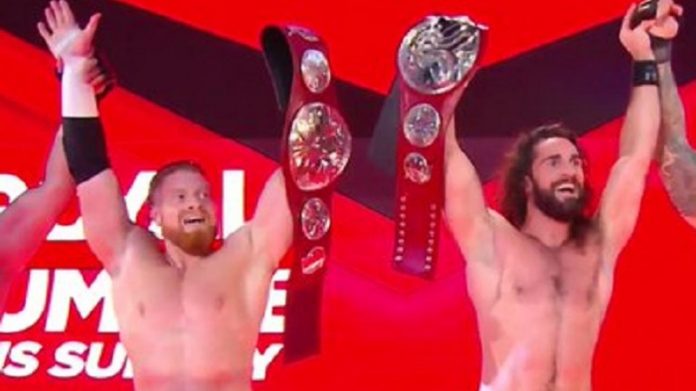 In an interview with mysanantonio.com, Seth Rollins talked about his recent heel turn:

“And now in our business it is all about creating fresh stars and new stars and our fans are always clamoring for the next big thing. And Buddy Murphy is someone who might have been in the right place at the right time this week, but someone I’ve had my eye on for quite some time. You know, I remember watching him win the cruiserweight title for the first time down in Australia and Melbourne a few years back and saying to myself that you know, there’s a star right there. He’s got all tools. He’s a guy who’s in great shape, looks the part, talks the part and he’s a hell of a hand — more than a hell of a hand in the ring. He’s someone that I think is ready to break out and just needs a little guidance and I feel like the AOP is that way as well. Those guys are both just monsters and they are also so young. At some point you’ve got to put on your mentor cap, the same way Triple H put his on to kind of help me to my formative years in WWE. Now, it’s my turn to return that favor and these three guys have all the potential in the world to be the next set of stars here and for a long time after I’m gone.”