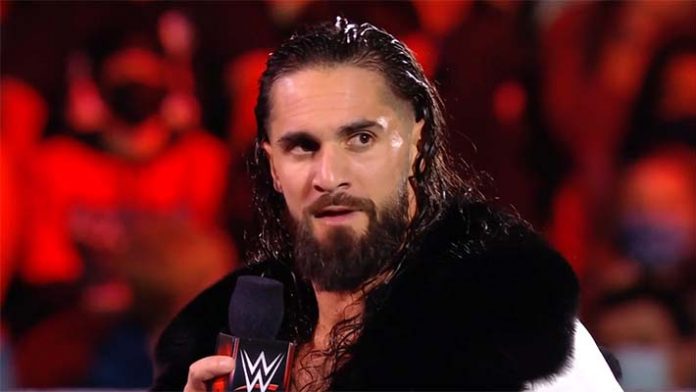 Is Seth Rollins a victim of being in the “Roman Reigns Era” of WWE?

He freakin’ thinks so.

During a recent sit-down interview with BT Sport’s Ariel Helwani, the WWE veteran talks about this and his feeling that he has taken a back seat to “The Tribal Chief,” being relegated to playing “second fiddle” to “The Head of the Table” since both former members of The Shield arrived on the scene in WWE.

On feeling like he has played second fiddle to Roman Reigns throughout most of their respective runs in WWE: “Even when I had won the title at WrestleMania, cashed in. Great moment. I still felt like I was second fiddle to Roman [Reigns]. I still felt like, ‘He was the guy, you’re the placeholder until he’s totally ready and we’re totally ready to put the ball in his hands. But for now you’re a step ahead, so we’re gonna give you this and then we’ll move on to what we really want to be, it’s just gonna take a few months.’ So no, I’ve never ever felt like, in my time in WWE, that the company was like ‘Yep, he’s our guy, put his face on everything.’”

On if he feels WWE will ever feature him as the face of the company: “I don’t know man. I wonder often if because I live in the Roman era that’s just never gonna happen. The only time I was even considered, I think, for the main event of WrestleMania, [was when] Roman, when he got Leukemia, and he was out from August to January, February whatever it was, and I was second behind in the babyface column, so I got slotted in. So, I feel like, it’s one of those things. The best I can hope for is to be the Edge to his [John] Cena, the [Randy] Savage to his [Hulk] Hogan. Sometimes I just feel like that’s just the way the cookie crumbles. Doesn’t mean that I don’t think I’m better than he is, or that I can perform or I can draw at that level, I certainly think all those things, but it’s not my sandbox, I don’t make those decisions.”

Check out the complete Seth Rollins interview with Ariel Helwani via the video embedded below courtesy of the official BT Sport YouTube channel. H/T to WrestlingHeadlines.com for transcribing the above quotes.