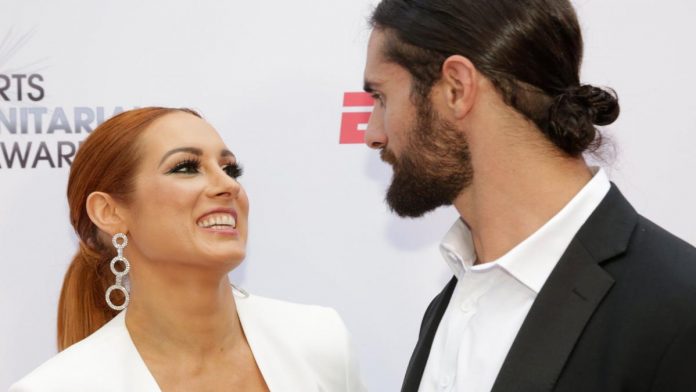 As PWMania.com previously reported, Seth Rollins appeared on the latest episode of “After the Bell” with Corey Graves. Rollins discussed becoming a father and joking around with Becky [Lynch] about her pregnancy.

On the subject of fatherhood: “It’s been good, man. We’re still so early in the pregnancy so it kind of isn’t totally real, watching Becky announce it live on Monday made it feel more real than it had previously, but still, we haven’t gotten the first ultrasound yet and we haven’t done a lot of the baby things that you do when these things, I guess, it’s my first time, I’m not entirely sure exactly what we need to do.”

Joking with Becky Lynch about the pregnancy: “We’re looking forward to it, man, it’s going to be pretty cool when she gets that big belly on her. We’ve talked about it, made all the jokes about how weird it is that there is this little thing growing inside her that is half me and half her, it’s cool, man. I’m excited about it.”