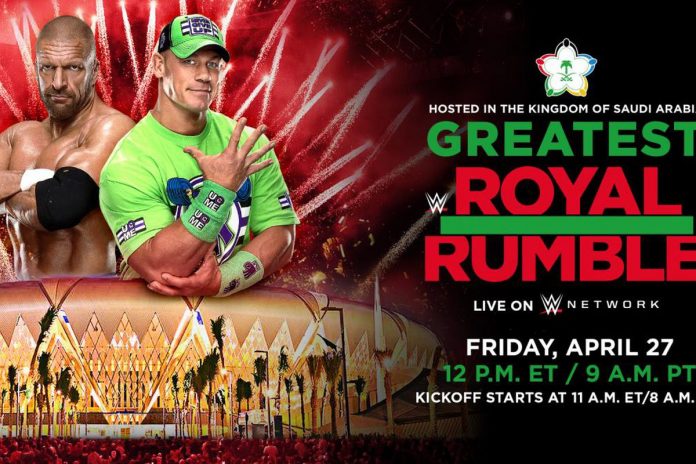 The WWE Greatest Royal Rumble event takes place on Friday, April 27, 2018 in Jeddah, Saudi Arabia at the King Abdullah International Stadium and will air on the WWE Network.

Bryan Alvarez said the latest edition of Wrestling Observer Radio (transcript via Ringside News) that Jinder Mahal and The Miz could win their matches at the event which would switch the titles between brands as Mahal is set to face Jeff Hardy for the US Title while Miz will be against Samoa Joe, Seth Rollins and Finn Balor in a ladder match for the Intercontinental Title.