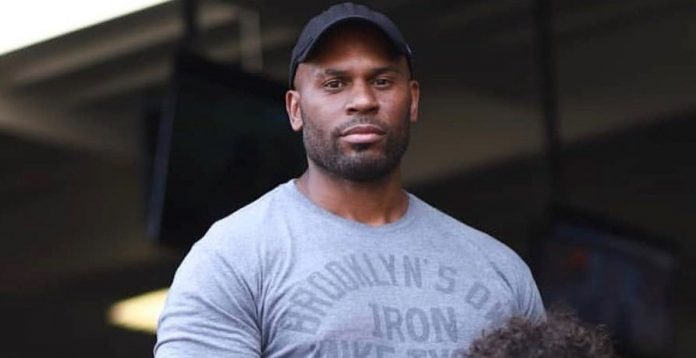 The official autopsy report for former WWE star Shad Gaspard lists drowning as the official cause of death, which was ruled an accident.

Gaspard passed away at the age of 39 back on May 17 after he and his son were among a group of swimmers who were swept away by a strong rip current while in the ocean at Venice Beach, California. First responders hit the water to rescue them but Gaspard told them to save his 10 year old son first, and they did. The move saved his son’s life but Gaspard was then hit by a large wave and he went under. A search and rescue operation for Gaspard was then launched but his body washed ashore three days later.

TheBlast.com reported the following on the autopsy report:

According to the report, obtained by The Blast, Shad’s official cause of death is ‘drowning’ and it has been ruled an ‘accident’ and the legal document confirms the wrestler was a true superhero in the last moments of his life, by literally handing his son to lifeguards before he died.

In the report, Los Angeles County Coroner’s investigators concluded, the “39-year old male was swimming in the ocean on 5/17/2020 with multiple other individuals when lifeguards began assisting swimmers out of the ocean due to a rip current. Witnesses state a wave crashed over the decedent and he was not seen again. On 5/20/20 his body was located not far from where he was last seen alive.”

The report detailed the final moments surrounding Shad’s death saying the WWE star ‘gave over’ his son to lifeguards, to ensure his safety, before being dragged underwater.

During the investigation, the report says Shad’s sister was interviewed by their office and provided details of the final moments.

“He was in ‘good shape’ and knew how to swim. During the incident on that day, he was swimming with his son,” the report states.

It continues, “Upon becoming caught in the rip current, lifeguards attempted to rescue the decedent and his son. The decedent reportedly gave his son over to lifeguards to be rescued before the decedent disappeared into the water.”

Toxicological testing detected a small trace of alcohol in his system, but says “this may represent, in part or in entirety, to postmortem microbial activity.” In other words, he was not drinking at the time.