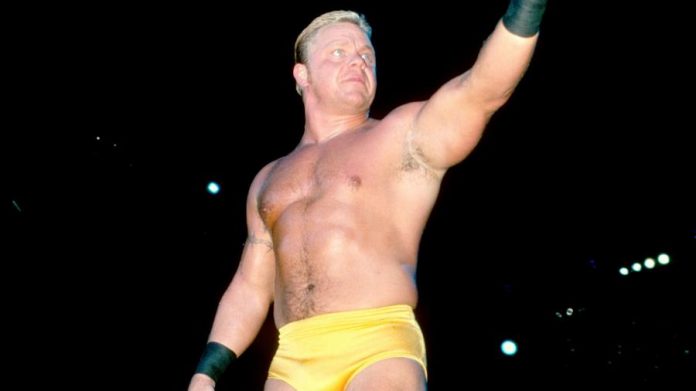 In episode #75 of his Triple Threat Podcast, The Franchise Shane Douglas looks back to an episode of his show from last year as the Billy Corgan led NWA were poised to make a comeback. In December 2017, NWA camera-crews were in Philadelphia filming for their web series when they asked The Franchise to participate in an on-camera interview. When Shane declined they sneakily filmed him while taking a shot at him in the voice over. Well here we are one year later and it is time for The Franchise to officially give the NWA a grade after their first year under new management. Stay tuned to the end of the podcast as the inevitable and classic Franchise shoot is in full effect.

Does Shane feel there is any buzz for the NWA:

“I was talking to somebody the other day as we were bs’ing at the ICONS convention. I haven’t heard anyone talking about TNA, Ring of Honor and even NXT. It is like we’ve talked about Ad nauseam about the numbers drop in the business. I think that is probably the big part about what is at play here because you guys remember when you were younger that every week the water cooler talk was did you see what happened on RAW or Smackdown or Nitro or Thunder or ECW or something but you were talking wrestling. When I would walk through the Pittsburgh airport I’d have people yelling across the TSA at me to kick Taz’s ass or Taz was going to kick my ass but it was always something and I haven’t heard anything wrestling at the Pittsburgh airport in years. There wasn’t one fan that came up at the ICONS convention and said did you catch Ring of Honor or did you catch NWA or did you catch NXT and not even have you seen WWE. The only discussion about wrestling was what had transpired in that building (ECW Arena) in ECW twenty years prior.”

“I haven’t had anybody bring the NWA up to me or evoke in any discussion on Twitter or any of the social medias, not on Facebook, not in person and which I think is not a good reflection on where our industry sits especially for those non WWE companies.”

The “Dean Doulgas” grade for the NWA over the last year:

“Definition: Failure. I give the NWA over its performance from the last year a grade of MF. Miserable failure. I did that to Vince the very last time I performed as the Dean. Blackjack Lanza was my agent and we were in Erie, PA and Vince kept throwing down over the IFB asking what grade will I give and Blackjack keeps giving me a look. So Vince is panicking and we go live to tape and we have no way to correct it and when we get to the point of giving a grade and after a long pause I say MF (in the Franchise laugh).  You hear Vince saying what is he going to say, what is he going to say and get ready to cut his mic and I wanted to mother f*ck so bad and it was right there but I thought I’d just take my ball and go home and give it the old miserable failure. You could almost hear Vince sigh relief over the IFB. But I would say that I will re-invoke the MF “miserable failure” thus far for the NWA.”