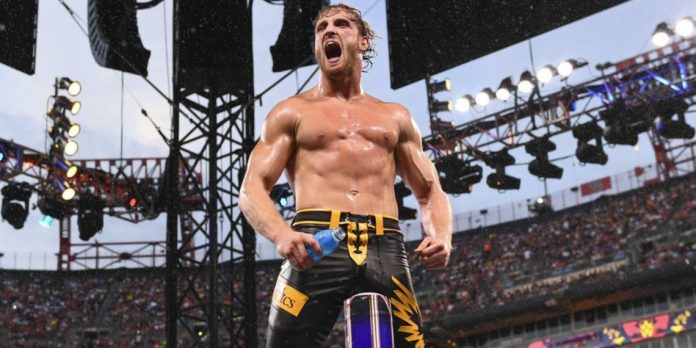 Shane “Hurricane” Helms made an appearance on “After the Bell with Corey Graves” to discuss his role as a Producer for WWE and to share his thoughts on a variety of current events that are taking place in and around the company. The following are some of the highlights:

Regarding the production of the matches at WrestleMania featuring Johnny Knoxville and Logan Paul, Helms said:

“I had Logan Paul and The Miz versus The Mysterios at WrestleMania weekend. I also had Sami Zayn against Johnny Knoxville. So by no stretch of this, I had the most difficult assignment of all the producers. That was just a really daunting task. But we all put in a lot of hard work. I want to tell you, Johnny Knoxville put in the work. So did Logan. Johnny worked really hard. Johnny just isn’t quite the athlete that Logan was, but the way he made up for that and entertainment and charisma was just off the charts. Sami is right now, and I have no problem saying this, Sami is the top performer in this entire industry right now. That’s how good Sami is. It’s daunting sometimes. You know, Sami has a reputation. He’ll drive you bananas, but the end result is always a homerun or a grand slam, and that definitely was a Grand Slam. He was the perfect guy for that.”

Graves’ thoughts on Logan Paul competing against Roman Reigns in the main event of Crown Jewel:

“If you would have asked me that very same question 10 years ago, 11 years ago, when I first started in the company as a developmental wrestler in FCW, I would have said, ‘This is garbage. I hate it. I can’t stand it. This guy hasn’t paid his dues. This guy doesn’t belong.’ I would have given you 75 reasons why it was a bad idea. Now sitting where I sit, having experienced this machine in this capacity for as long as I have and sat ringside for countless hours of matches and moments and memories, now I have a completely different point of view and I love it because of the business aspect of it. We talk all the time, even the fans say ‘Oh he’s the best in the business. The business is in a good position right now. It’s looking healthy.’ People forget the business part of the wrestling world.”

“Yes, we love great matches. Yes, we love great characters. Logan Paul is a great character. He may not have been a WWE creation or a pro wrestling world creation, but Logan Paul is a character. He is polarizing. He makes you feel some type of way whether you love him or you hate him. You’re either gonna tune in because you love Logan Paul and you listen to Impaulsive, and you think he and his brother are the greatest thing since sliced bread, and you’re sure he’s gonna knock off Roman Reigns, or you’re watching so Roman Reigns can smash him for your enjoyment. It makes you feel. The worst thing you can have in this business is apathy. What we’ve seen in small glimpses, small doses, of what Logan Paul is physically capable of, the dude’s got all the tools. There’s not a doubt in my mind. I mean, you watch WrestleMania. If you still didn’t believe it, watch SummerSlam. Logan Paul is going to step up. This is going to be big and I actually love it. I can’t believe I’m saying that, but after all these years, I love it.”

“I’m not going to disagree with Corey in any regard with that. If you think about it from a work point of view, Logan’s got more of an amateur background than most of your favorites. He stepped on a wrestling mat. A lot of your favorites never stepped foot on a wrestling mat. Pro Wrestling is you get paid to wrestle That’s what pro means. This guy was a wrestler, and now he gets paid for it. He’s a professional wrestler. He’s super talented. I’m looking forward to this. I was surprised at the match, I will say that. I didn’t expect Logan and Roman, but then again, I think for the last year everything’s been a surprise. I don’t think there’s been a crazier year in the history of the industry than the last year. But I’m excited about what’s going to happen here. I’ll be going to Puerto Rico training with Logan pretty soon and down at the PC as well. He’s going to have to step it up. I think Sami is the best performer going today. There’s still the number one, the top star, beyond a shadow of a doubt, is Roman Reigns. That’s the deep end of the ocean. He’s going into the Mariana Trench with Roman Reigns.”