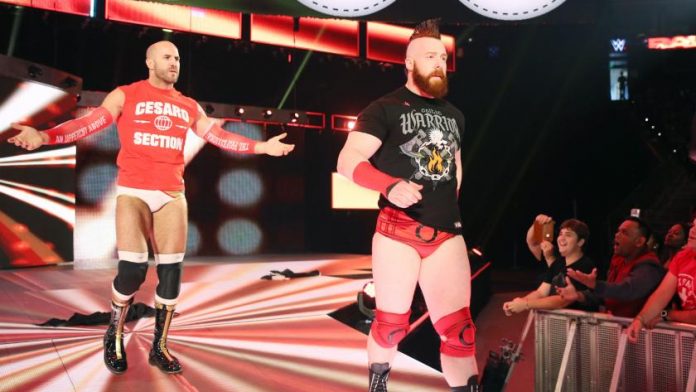 – As noted, Neville retained the WWE Cruiserweight Title over Akira Tozawa on the WWE Great Balls of Fire Kickoff pre-show. In the Fallout video above, Mike Rome asks Neville about the defiant way he picked up the win. Neville raises the title to Rome and says he is defiant and he’s a little bit of a rebel but we shouldn’t be surprised at what happened.

– RAW Tag Team Champions Cesaro and Sheamus picked up another win at Great Balls of Fire as they retained over The Hardys in a 30-Minute Iron Man tag team match 4-3. Cesaro and Sheamus are now the only RAW Superstars to have a match at every RAW pay-per-view since the 2016 WWE Draft.

On a related note, this was the first Iron Man Match with male Superstars since 2009, where John Cena won the WWE Title from Randy Orton at Bragging Rights. There were two Iron Man matches with female Superstars in between – WWE NXT Women’s Champion Bayley defeating Sasha Banks at NXT “Takeover: Respect” in 2015 and Charlotte Flair winning the RAW Women’s Title from Banks in overtime at “Roadblock: End of the Line” in 2016.

– SmackDown Superstar tweeted the following invitation to WWE Intercontinental Champion The Miz after he retained over Dean Ambrose at Great Balls of Fire: