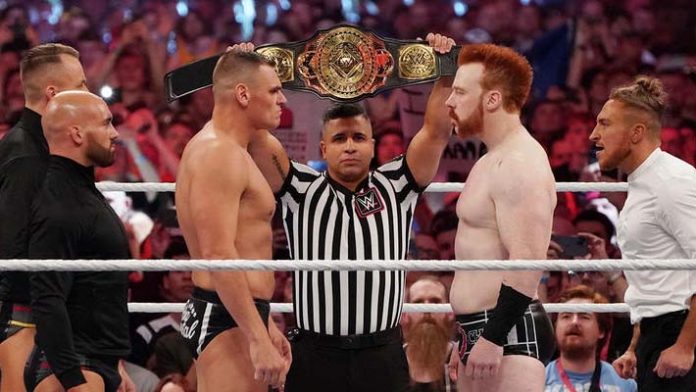 WWE star Sheamus recently appeared on the “After the Bell” podcast hosted by Corey Graves. During their conversation, they discussed a variety of topics, including his outstanding match against Gunther at Clash at the Castle.

When asked about his desire to win the Intercontinental Championship, Sheamus said:

“I’ve been so adamant and so vocal about the Intercontinental Championship because it is the one title that’s not sitting on this shelf right here. It’s the one I want more than anything. That’s what’s been driving me. You have to have goals, you have to have targets, and you have to know what’s next.”

During the pandemic era, Sheamus talked about taking his game to the next level and saying the following:

“We were wrestling in front of nobody and that’s really where everything started to kick off for me Corey because I got a new lease in life in there. I got an opportunity to go in there and show everybody what I could do. There was no crowd. There was nothing else except you and Cole on the concrete floor and me in there with an opponent. That was the moment that things changed. A lot of the guys and girls were really apprehensive. It was a whole new territory. It’s very intimidating. There’s times in matches when you go through the crowd, you bring the crowd in, and take those moments, but there was no opportunity for that. It was the ring, you guys, and the opponents in the ring. I embraced that because I knew that my physicality would get a proper platform to be shown how good I am. I went there every single time and people were talking about how aggressive it was, how brutal it was, and there were no crowd shots. The physicality started there and I just ran with that. I embraced it. To me, it was an unbelievable opportunity.”

(h/t to Wrestling News or the transcription)