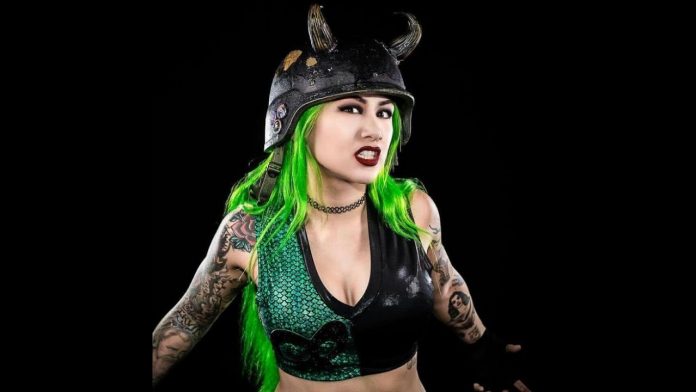 As noted, the finish saw MJF win Blood & Guts for The Pinnacle by forcing The Inner Circle members to surrender after threatening to throw Chris Jericho off the top of the cage. He ended up throwing Jericho off anyway, and Jericho landed on a crash pad below. The bump Jericho took has been criticized by many fans on social media, like the finish to the Exploding Barbed Wire Death Match at AEW Revolution was back in March.

Blackheart apparently joined in on the jokes as she posted a GIF of someone falling comfortably on a bed. You can see her tweet below, along with a shot of Jericho’s bump: